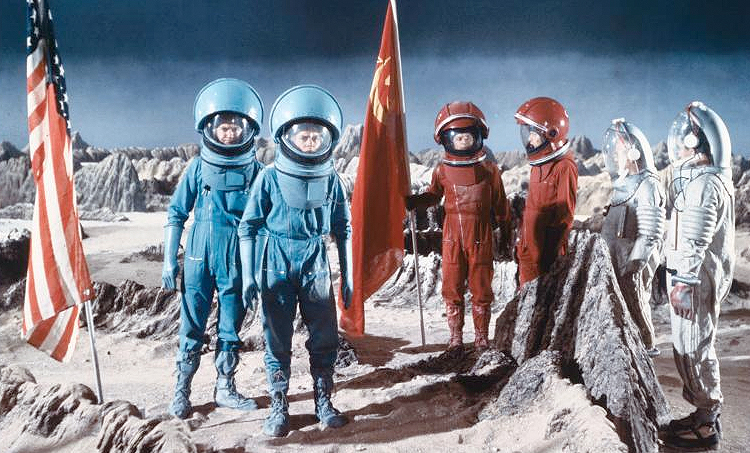 Let’s face it, The Mouse That Roared isn’t that good. Apart from the opening scenes in Grand Fenwick and that general who keeps insisting on eating his tea from off of a tin plate, it’s pretty lame. So this sequel never really had that much to follow in the first place and on that score, it doesn’t fare too badly. The absence of Sellers is the supposed gaping vent in the proceedings comparisons wise and that is most apparent in the role of Count Mountjoy, hereditary Prime Minister, for which part Ron Moody is no real substitute. But the replacement of Pete’s sub-Crystal Jollybottom musings as the Grand Duchess with Mags Rutherford is a trade up, we’d argue, though unfortunately she doesn’t get very much to do. Still, to make up for the absences of Leo ‘Rumpole’ McKern and the poor man’s Richard Hurndall, William Hartnell, from the last one, there’s also Cribbins, Terry-Thomas, John ‘would you mind awfully winding my watch for me?’ le Mesurier, Eric ‘too stern glasses’ Barker, Peter ‘at the Oscars’ Sallis, Clive ‘cuttlery’ Dunn, Hugh ‘you can get one with all black ones now’ Lloyd, Count Mario Fabrizi, the brilliant George Chisholm (sadly sans his Gentlemen of Jazz), The Old Graham Stark, Ed ‘G Section’ Bishop, Stringer Davis (no!!!) and Frankie Howerd. Frankie Howerd?