When the BBC’s first television channel launched in 1936, the world had yet to cotton on to the value of photographing interesting things.

By 1964, the likes of Hitler and Cliff Richard had made cameras very fashionable indeed, so it was no surprise that the Beeb invited scores of shutterbugs along to the launch of its second television channel, scheduled for 20 April.

Sure enough, some fantastic pictures got taken. They were published in loads of newspapers, almost certainly meaning more people saw photos about the launch of BBC2 than saw the actual launch on their TV set: a trend that continues to this day (hello, London Live).

Here are a few of those pictures: all genuine, all fascinating (admittedly for contrasting reasons), and all very… well, BBC2ish.

Just under one week to launch, and BBC2 controller Michael Peacock (far right) holds a meeting in his office. Standing up and taking the minutes is Peacock’s secretary, Yvonne Homan. No chair for her. Giving Peacock the evil eye is Roger Greenwood, assistant head of BBC TV presentation. Leaning awkwardly is the other assistant head of presentation, Rowan Ayers. Sprawled on top of the desk clutching his shin is their boss, head of presentation Rex Moorfoot. Also present: a map on the wall showing the tiny number of people who’ll actually be able to see BBC2 when it launches; lots of untidy in-trays; a bulldog clip; and – look out! – a 3D model of the BBC2 “logo”: a kangaroo named Hullabaloo (seen here saluting fascistically) and her baby, Custard (pointing out the fact Yvonne has no chair). 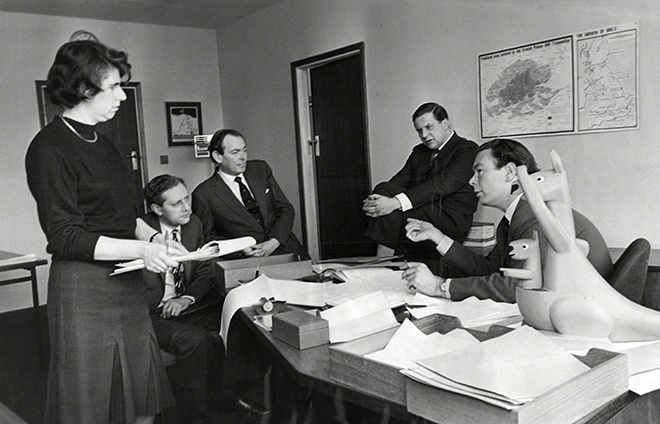 Rehearsing the launch. Peacock is in the studio in Television Centre that will be the hub of the night’s programmes; the person he’s gesticulating towards is not known. Behind him is one of the “faces” of the launch, Pamela Donald. She seems to be talking to Oliver Hardy: undoubtedly a coup for the launch of any TV channel, particularly one taking to the air seven years after Hardy’s death. 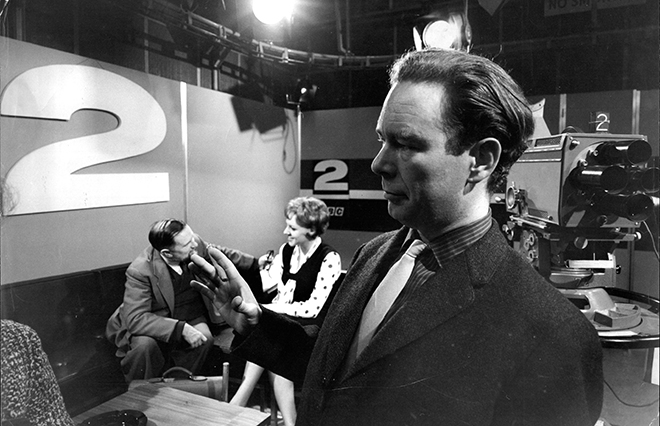 It’s launch day, and time for Pamela to get her hair done. The hairdressers don’t seem best pleased. Perhaps they’ve just looked at Radio Times and seen the channel won’t actually show anything interesting until 1967. 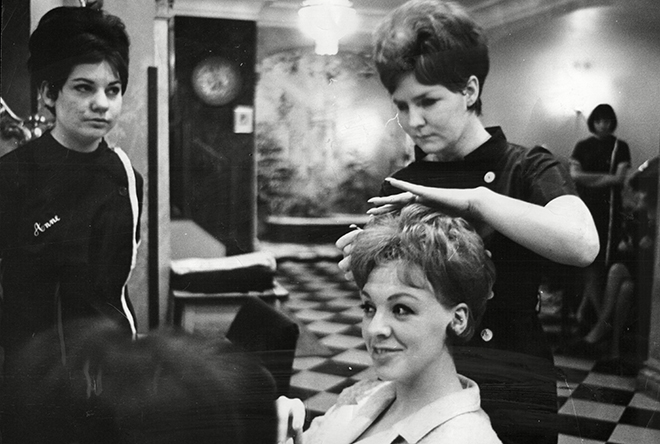 Oh no! There’s been a power cut and the whole channel has fallen off the air before it’s even begun. Peacock sits in the gloom with only his candles, a cigarette and a polystyrene cup from the canteen for company. 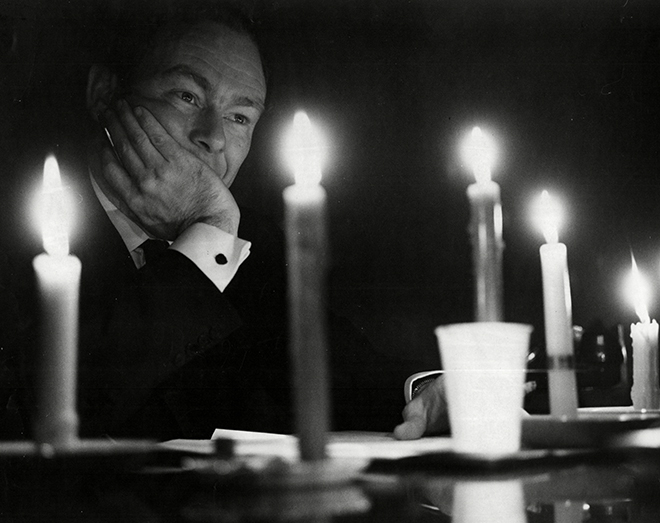 Hurrah! 24 hours later than planned, Peacock and his missus Daphne sit in his office and watch the launch night finally get broadcast. Here they’re enjoying – if placing your forefinger on your chin can be called enjoying – a production of Cole Porter’s stage musical Kiss Me Kate, starring Howard Keel and Patricia Morrison. It’s not known if they stuck around for what came later: a comedian from the Soviet Union, and a man doing an impersonation of David Jacobs. 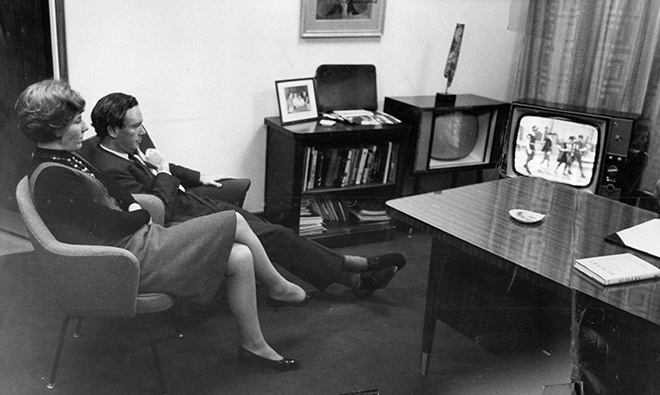 Fast forward a year and BBC2 has been a flop. Peacock gets booted over to BBC1 and replaced with good-natured naturalist David Attenborough. Here they are, doing their best to look like this was how things were meant to turn out all along, together with (far left) Huw Wheldon, controller of BBC television, and (far right) Kenneth Adam, the, er, director of BBC television. Whatever their respective responsibilities, one of them at least knows how to arrange a good vase of tulips. Hullabaloo and Custard have been killed. 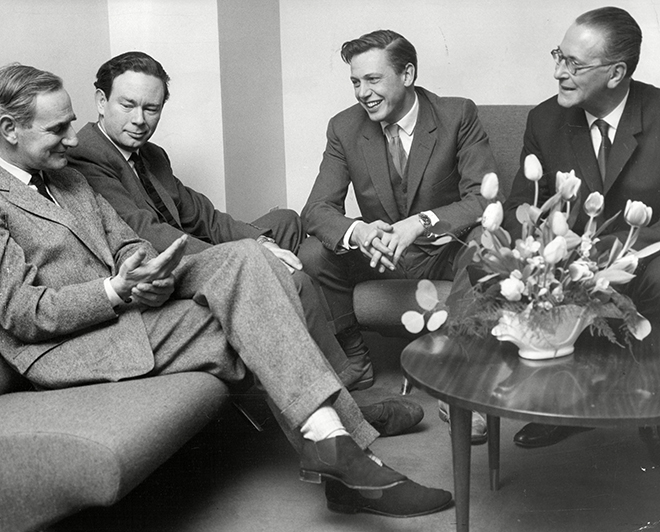 Related Items:BBC personalities shedding all dignity, BBC2, Custard, Hullabaloo, Michael Peacock looking ruffled, Television Centre, The Beeb suffering another of its collective lapses of nerve, Transmitter talk, We love the BBC and we hate it when we fall out of love with the BBC - that's all
Share
Tweet
Share
Share
Email