Onward, and this time it’s a look at new Eagle. Acknowledgements, meanwhile, to Comic Vine website, from where these sprung. Scroll down to the foot of this post, by the way, for some great news, readers! 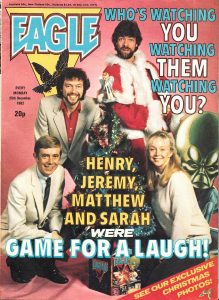 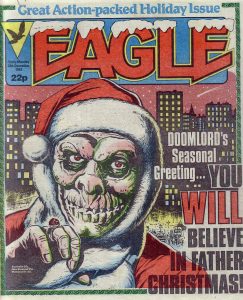 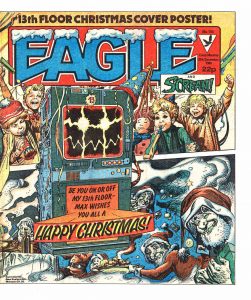 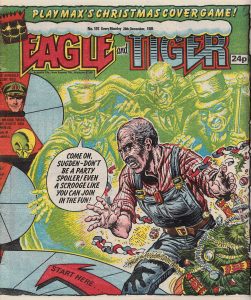 1985 – The word ‘pooper’ clearly nixed by Them Upstairs 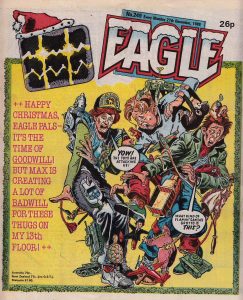 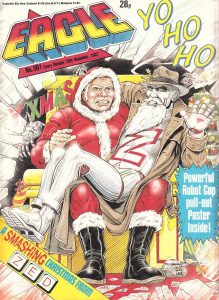 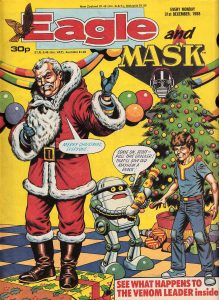 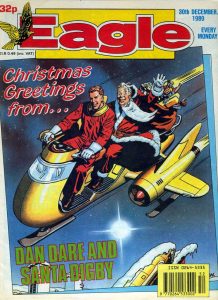 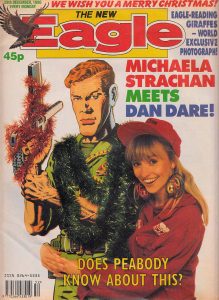 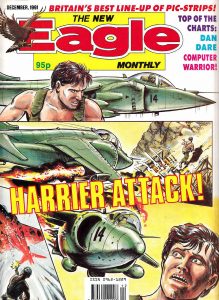 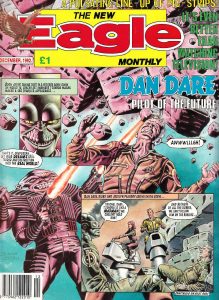 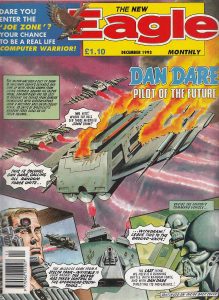 We knew a glimpse of the Game For A Laugh team a-capering through Kings Reach Tower on the cover of the 1982 issue wouldn’t be enough for you. So we’ve popped a PDF (42MB) of that entire issue online for you here.