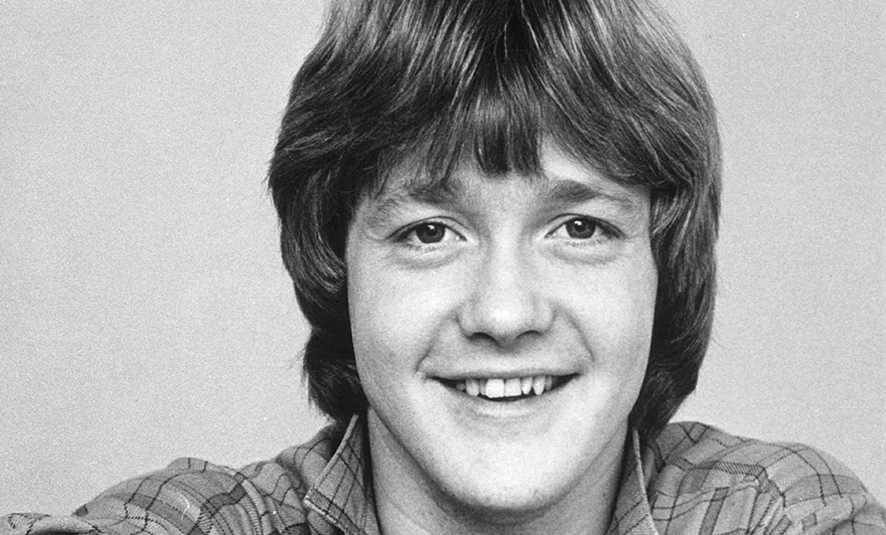 Following the sad news of Keith Chegwin permanently ‘checking out’, we revisit the highs and lows of his career on camera.

OPEN ALL HOURS (BBC 1973)
Affable Scouser Cheggers made an early start in showbusiness, making his first TV appearance on Junior Showtime and then, while at stage school, in umpteen TV shows and adverts, as well as briefly being in the band Kenny but departing before they had any hits. Of his acting career, the highlight was almost certainly his role in the first episode of Open All Hours where he asked Arkwright for a frozen Zoom, and Cheggers was delighted that, when he met Ronnie again several years later, he quoted his line back at him. His biggest starring role came on Scouse-set (though Thames-produced) ITV sitcom The Wackers, with the great Ken Jones as his dad and Alison Steadman as his sister, but despite the cast being no slouches comedically it was a massive flop. 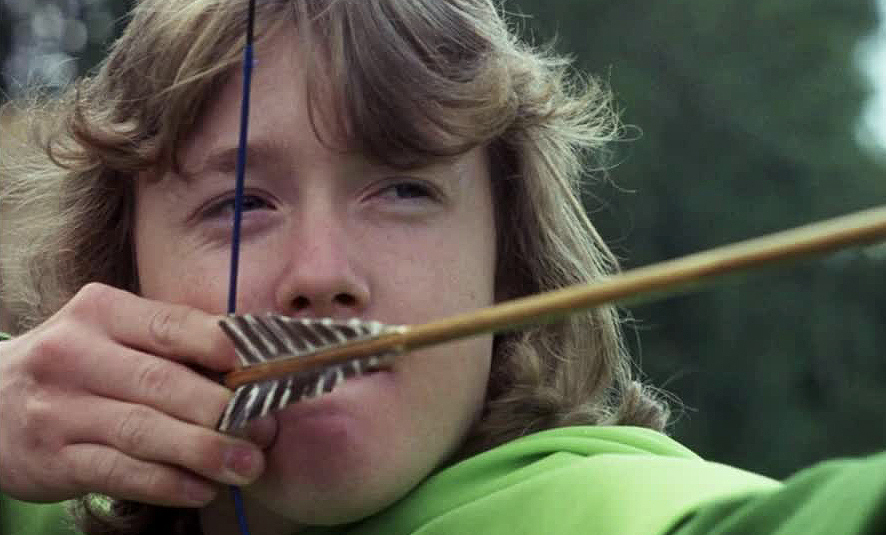 ROBIN HOOD JUNIOR (CFF 1975)
Of all of Cheggers’ acting career, for many years his most familiar role was starring in this Childrens’ Film Foundation picture, not least because it was shown over and over again, the Beeb last screening it, we think, as recently as 1990. At least, unlike the other CFF films still being aired around that time, the fact it was a period piece meant it didn’t look hilariously outdated, but that was offset by the fact, er, it was Cheggers. Despite his bulging CV so far, though, as he entered adolescence his appeal as a juvenile lead palled and he found himself looking for work. 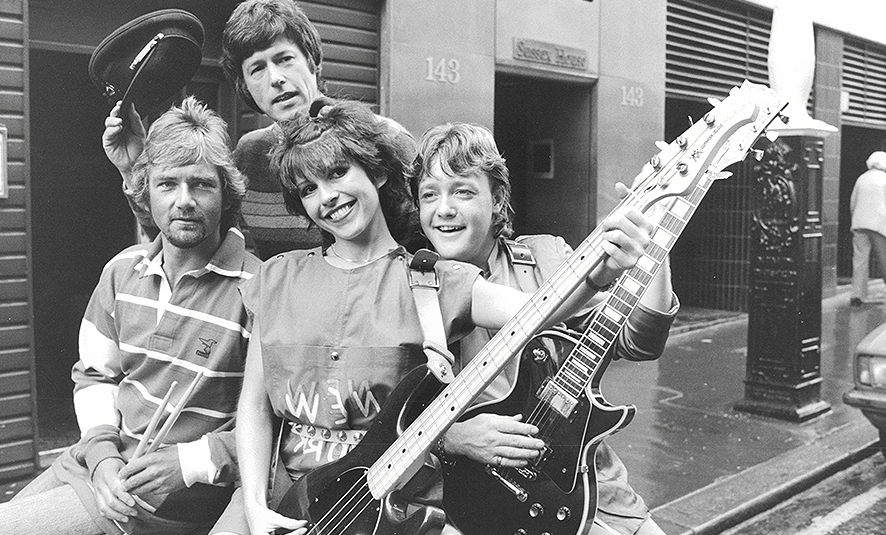 MULTI-COLOURED SWAP SHOP (BBC 1976)
One day while watching Frank Bough on telly he decided presenting looked a bit of fun, so he wrote to the children’s department at the BBC with a suitably embellished CV. Happily at the time they were looking for new blood for their new Saturday morning show and suitably impressed by Cheggers’ initiative and energy, offered him the job of traversing the nation on the Swaporama. Apparently he was very impressed the first time he met Noel as he gave him his autograph without him asking for it. Up there is we think the earliest footage that exists, on a rain-swept Blackpool beach in November 1977. In fact Cheggers wasn’t on the road every week and he would sometimes be studio-bound, though he much preferred the fun and freedom of the outside broadcasts. This tour of the tea bar is particularly ace. 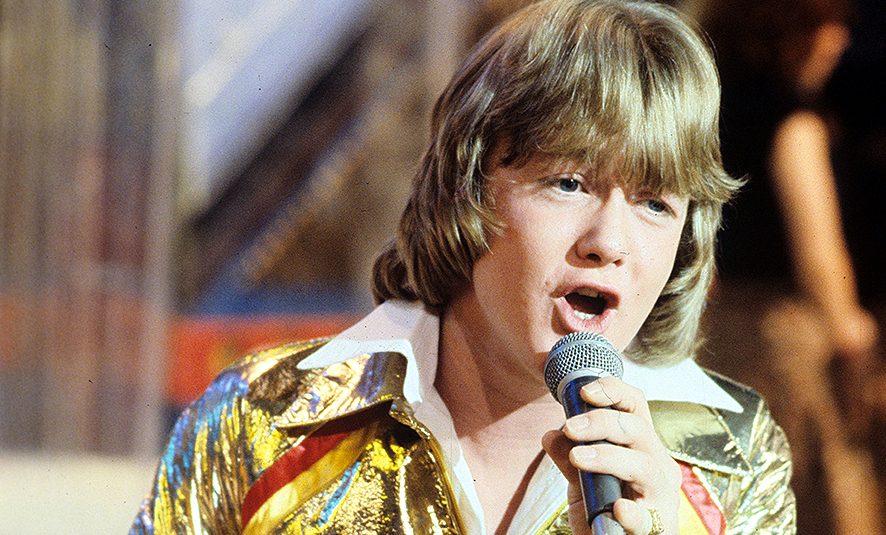 CHEGGERS PLAYS POP (BBC 1978)
Such was his popularity on Swap Shop, Cheggers was given his own vehicle bringing together pop stars and gungy games. It went on to run for eight years despite the fact Edward “Cravat” Barnes famously referring to it as the most vulgar programme he had ever seen. Much like its ITV equivalents Razzmatazz and Hold Tight, it was a vitally important vehicle for pop stars in the days when there weren’t many opportunities for promotion, so virtually everyone nipped up to Oxford Road to take part. The raucous format was perfect for Cheggers and he just about held the chaos together. There are a lot of clips on YouTube but the one up there is worth a look as it’s all that exists of that episode, the original having been wiped. And yes, they were still doing that in 1984. 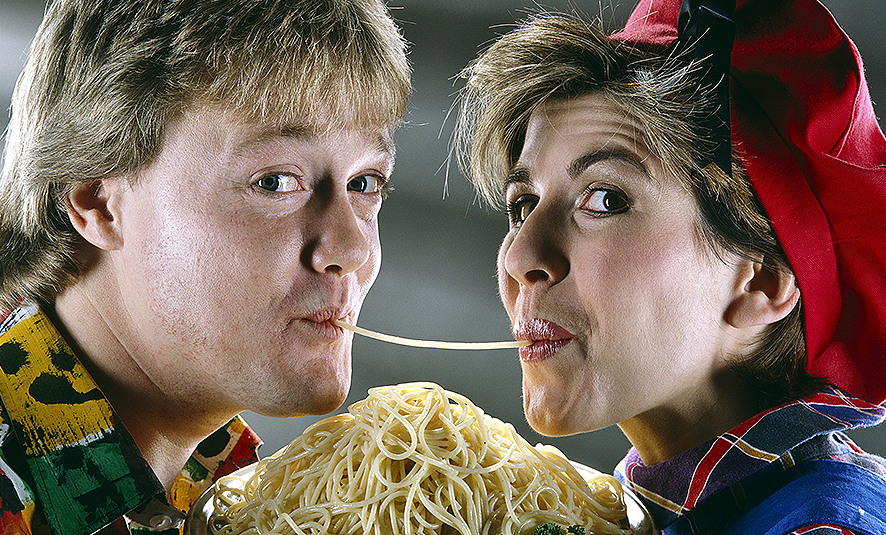 SATURDAY SUPERSTORE (BBC 1982)
When Swap Shop became Superstore, Cheggers was such a familiar part of Saturday mornings he simply moved along with it, doing exactly the same job. As before, when the Delivery Van couldn’t get out and about he’d be in the studio, here chatting to The Style Council before Paul Weller joins a textbook Pop Panel including Janet Ellis, Lee McDonald and Richard Stilgoe to slag off loads of records. In fact Cheggers was all over Saturday mornings in the 1980s as before Superstore started you could hear him and his other half Maggie on Tony Blackburn’s Radio 1 show, one week even broadcasting live from the venue ahead of their wedding. Although Tony later said that, fond though he was of the pair, he sometimes felt like a guest on his own show.

ANYTHING GOES (BBC 1984)
It’s A Knockout, a show Cheggers would later revive nearly two decades later, had come to an end but there was still space for some fairly lowbrow family entertainment on BBC1. Hence the entire Knockout production team moved away from the various damp recreation grounds in Scunthorpe and Cockermouth to the palatial surroundings of the Blackpool Tower Circus, where ringmaster Cheggers oversaw various inane games. Interspersing the action was sickly sweet routines from child dance troupe The Cocotots, one member of which has preserved their output online for always.

CHEGWIN CHECKS IT OUT (BBC 1987)
By 1987, Cheggers has been on Saturday mornings for over a decade, but with Superstore coming to an end, it was decided the outside broadcasts wouldn’t move across to a third show, and with Cheggers Plays Pop also finishing he found himself a bit out of favour at the Beeb. They didn’t want to lose him completely though, and so gave him a couple of series of this documentary strand where he’d analyse topics of interest to a young audience, like pop music, comics (where he appeared in a strip in The Dandy), politics (where he got to interview all three party leaders) and, in that episode up there, computer games.

SKY STAR SEARCH (Sky 1989)
Cheggers was finding the transition from kids’ to adult TV quite hard, and to cross the bridge he had to defect to Sky, alongside a host of other shop-soiled presenters like Frank Bough. Cheggers’ job was hosting this notoriously slapdash “talent” show which basically invited anyone who turned up the opportunity to entertain the half dozen viewers who could see it. One thing Cheggers was extremely proud of was that the show managed to break the record for the largest number of episodes recorded in one day, taping five hour-long shows in a single session, thanks to the crew’s incredible professionalism and Cheggers’ ability to ad-lib and keep talking no matter what happened, although the fast turnaround and as-live recording hardly helped much of the “talent” sparkle. In fact the only star it actually managed to unearth was probably Charlie Chuck.

KEYNOTES (HTV 1989)
BORN LUCKY (Tyne Tees 1989)
If the presenting work was drying up a bit, Cheggers diversified by taking on more off-camera work, including providing the music for a couple of ITV daytime quizzers in the fondly remembered 9.25 slot. He composed the theme tune for the short-lived Beadle series Born Lucky, while on Keynotes he was charged with providing all the musical clues for the contestants to sing along to. Cheggers recorded it all in his home studio although, by this point, he was getting most use out of that facility as a place to store and drink alcohol, and in 1992 he made a famous appearance on This Morning where he revealed he was now an alcoholic.

THE WORD (C4 1993)
Having reached a low point in his career, at that time the next step often appeared to be turning up on The Word to be laughed at in exchange for a bit of cash. It was no surprise when the invitation came for Cheggers to be interviewed and host a Cheggers Plays Pop homage one week, though when he turned up, he managed to charm everyone on the show with his quick wit, self-deprecating humour and immense professionalism. Mark Lamarr later admitted he had to drop all the scripted jokes he’d come up with because Cheggers was such a lovely bloke and he was going down so well with the audience, while behind the scenes everyone was terribly impressed by how well he did the quiz, using all the old tricks in his presenting arsenal. Hence, after the show, its editor Paul Ross asked him if he fancied a bit more work. 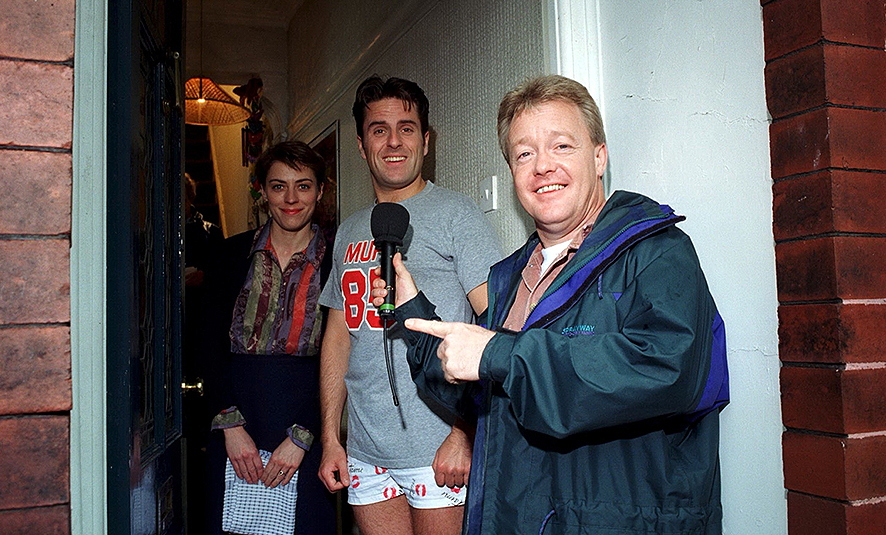 THE BIG BREAKFAST (C4 1993)
And so, 17 years after his first appearance, Cheggers was back on the road! Hired to stand in on Down Your Doorstep for a week, what surprised him most was that there was absolutely no plan or script whatsoever and everything that happened was entirely down to him. He relished the freedom, though, and after his stint went well, he was invited in to cover for Chris Evans (the most memorable bit being joining Zig and Zag with Shaggy) and then joined the team full-time. He spent two years on the outside broadcast but for his last year was increasingly brought into the house to stand in when a presenter had just left – which was pretty much all the time. Still, he was never less than professional and had certainly managed to reinvent himself as a popular and relevant presenter for the 1990s. After that, while there were some low points, like getting his cock out on telly, but he was never out of work and was always happy to send himself up at the drop of a hat. There’ll never be another.