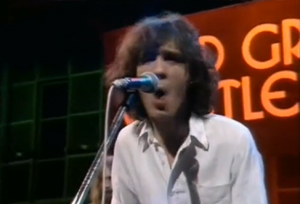 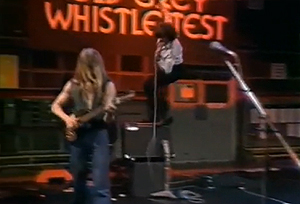 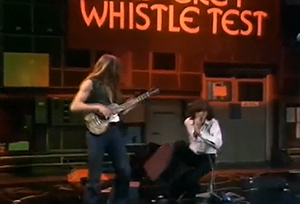 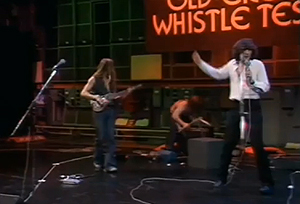 For all its alternative credentials, The Old Grey Whistle Test could be, well, quite dull a lot of the time, with a band plodding their way through a five-hour guitar solo before Whispering Bob would leave a huge pause and quietly intone “Great!”. But then came punk and a new energy, but although John Otway was signed by EMI because they thought he was a punk, in fact he was just a very eccentric entertainer ploughing his own unique furrow. But, along with his long-suffering mate Wild Willy Barratt (who for all his supposed wildness does generally come across as the straightman in the act), he was responsible for some truly memorable telly moments. His two performances of his number 27 smash Really Free on Top of the Pops were hugely entertaining, the first surely the only example of an actual pop star doing a Father Ted-esque “no, wait, I can get this! ” fumble for the right chord during a televised performance, having been too distracted by endless jumping up and down. But he was an entertainer and regardless of the musical proficiency, you couldn’t take your eyes off him. Yet it was the sparse studio of Whistle Test that really gave him the freedom to let loose and add some visual spectacle to his song Cheryl’s Going Home. Some dancing and leaping had gone down well, but an attempt at a forward roll saw him accidentally break Wild Willy’s waa-waa pedal, but ever the pro, John continued singing while trying to stick it back together. The finale of the song really is quite something, though, given the fact everyone watching can quite clearly see the amplifiers are far too narrow to stand on, let alone leap onto them, apart from John, who inevitably comes a cropper, falling straight off and unplugging them all in the process. But still he continues, while the hapless roadie tries to get some sound out of t hem and Wild Willy, clearly having told him before not to do it and surely having seen all this before, playfully throttles him. OK, so it’s not the most musical piece of telly ever made, nor is it perhaps the most sensitive performance of a love song, but you can’t say it’s not exciting – and that’s pop!