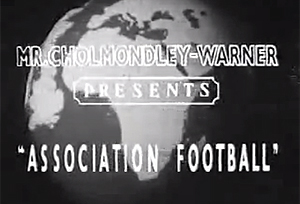 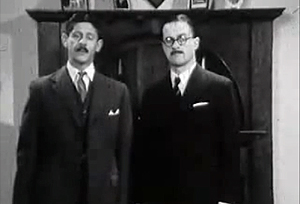 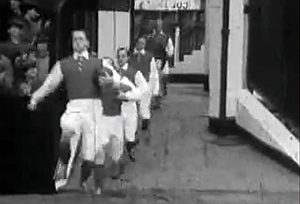 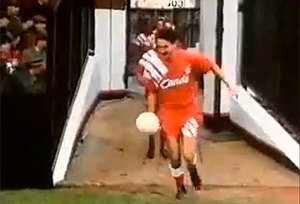 Harry Enfield was always referred to as the Dick Emery of the nineties, and that perhaps remains the case in more ways than one because, like him, exposure for his greatest moments has in recent years been regrettably rare, and we still don’t think most of his shows are available on DVD. And that’s a real shame because it was a hugely popular series at the time and remains a high point of what we’re just about prepared to call alternative comedy. The Mr Cholomondley-Warner sketches were always a treat, setting high standards not just in the writing and acting, but also technically, and this guide to Association Football is a great example – it looks absolutely fantastic and the attention to detail with the tape scratches and jump cuts (“and only plays football on S… Saturdays!”) in Cholomondley-Warner and Grayson’s introduction is just brilliant. The sketch itself takes every cliché of old football coverage to hilarious lengths, and while it must have been a bugger to film and we only see them in a wide shot, the performances, including Paul Whitehouse as “Finney on the wing” are absolutely brilliant. Packed full of quotable lines (“and he’s bringing his mother on to disprove it!”), it’s a tour de force in comic writing, acting and directing.