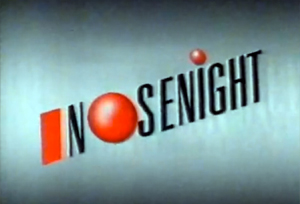 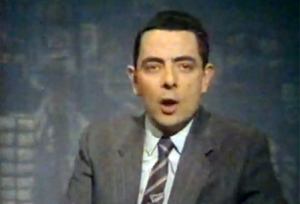 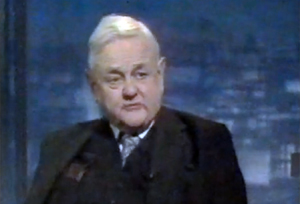 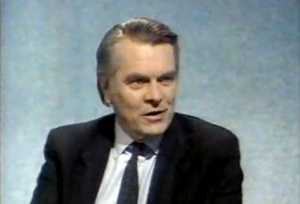 Quintin Hogg, later Lord Hailsham, had a hugely distinguished political career holding high office and being renowned as one of our finest ever parliamentarians, but for a generation, he’s best known for two words – “The Belgians!” That’s because he was the star of Mastermember, surely one of the comic highlights of the entire history of Comic Relief (the same year as the moment Paul Daniels’ trick with the milk jug went ever so slightly wrong, but we can’t find that). Comic Relief can be terribly corporate these days, but with the need to get bums on seats and hands in pockets overriding any kind of artistic consideration, that can be forgiven. It was certainly a bit more free-wheeling in those days, though (indeed, a month before the first one they had no idea who was going to present it), and the producers took the opportunity of the endless hour s available and the huge number of stars who wanted to participate to create some comedic oddities with heavyweight casts they wouldn’t get the chance to do any other time. And what better example than this? These days the comic manipulation of news footage is a bit of a tired gag – there’s not really much skill, we feel, in simply taking the word “not” out of an Ed Miliband speech – but this is one of the first, and undoubtedly one of the best, examples. The stock footage they’ve found is fantastic, fitting perfectly in the script (“Rather more than three!”), and there’s a bit of proper satire in there as well, but it’s the running gag with Lord Hailsham, with his uncertain delivery, the inexplicable nature of the comment (what on earth was the original context?) and basically, the fact it’s Lord Hailsham, the most uncomedic figure imaginable, that really makes it. The Belgians, there.