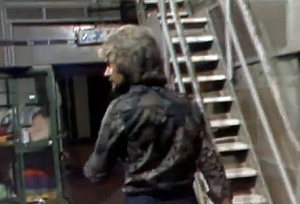 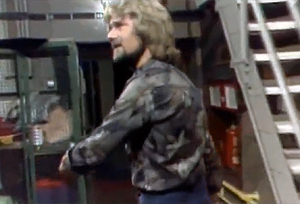 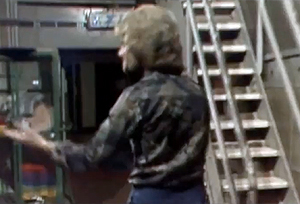 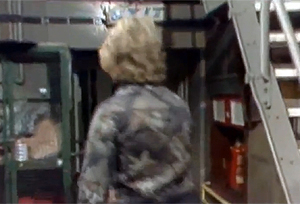 Sadly we can’t find a full version of this so you’re going to have to make do with the three seconds or so of tantalising footage we can find on that link there with Noel scuttling through the corridors of TV Centre and a few hundred words of waffle here. This is a bit of a catch-all “moment” in that it actually refers to several moments when the Multi-Coloured Swap Shop would leave the confines of their studio and have a nose around Television Centre to see what else was going on of a Saturday morning. The one everyone remembers – and still exists somewhere – is the morning when Noel nipped next door to see the gang from It Ain’t Half Hot Mum rehearsing, though the first Swap Shop book devotes two pages to numerous jaunts around the concrete doughnut, most of which we’ll never see because they’ve been wiped, including trips to the canteen, the props st ore, the VT department and the roof. These days we’re all used to the machinations of television being laid bare but back in the seventies these really were rare treats and as the book boasts, some of the nooks and crannies of TVC they visited had never been seen on television before, and for a telly-mad child they were absolutely fascinating. What makes them all the more special too is that they illustrate Television Centre as a hive of activity, especially on a Saturday where Swap Shop was part of a menu of programmes including Grandstand, Match of the Day, Parkinson and the big light entertainment shows that saw W12 7RJ pumping out entertainment onto our screens from first thing in the morning to midnight, something they could never do on ITV which was all over the country. Swap Shop’s ability to get access to these places and act as if the whole of the Corporation was there to explore also illustrated the show’s stature in the days when everyone, kids a nd adults alike, knew it and watched it. It’s all fairly tame and slow-moving today, of course, and of course there was rather more anarchy going on over on the other side, but Swap Shop’s jaunts around TV Centre made for thrilling viewing for a generation of quiet, bookish children.