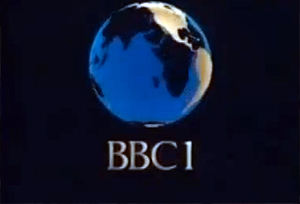 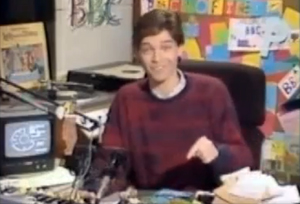 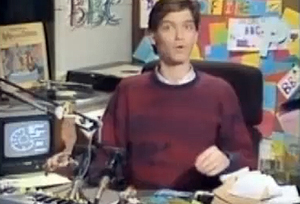 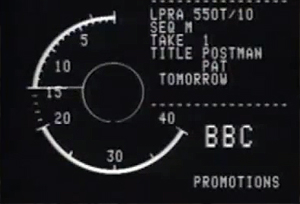 We’ve only got this as part of The Golden Egg Awards on The Late Late Breakfast Show, but we’re guessing that after the production team grabbed the tape, they threw it in the bin, hence why now you only ever see it in this format with caption and audience laughter intact. Doesn’t spoil the fun too much, though. Pip Schofield had only been manning the Broom Cupboard for about three months and said one of the best things was that because nobody had ever done it before, he could do it his way. Certainly giving a complete unknown carte blanche to do what they liked on BBC1, and operating the controls while they did it, was something of a risk, but Pip’s talent and personality meant it worked terribly well – until this moment. Pip was informed that one thing he couldn’t do whatever happened was put up the BBC1 globe because that was for adult viewers only. Hence when he accidentally brought it to the screen while attempting to play a clip of the theme tune to Champion the Wonder Horse, he started to panic and, in trying to repair the damage, managed to get “lost” in the desk, broadcasting all manner of rubbish and somehow managing to cut off his microphone, waving a helpless silent goodbye before being hurriedly faded out. A hapless Pip was then frogmarched to the Head of Presentation, assuming he’d be shown the door, but upon arriving at his office, the big cheese was roaring with laughter, saying it was the worst thing they’d ever broadcast, and also one of the funniest. The perceptive Pat Hubbard had realised that it didn’t matter if things went wrong and this kind of cock-up only helped viewers like Pip even more. Some thirty years on, Pip remains one of our most professional and likeable hosts – but they get someone to do this kind of thing for him.