Kenny jumps off a bridge in The Tomorrow People, 30th April 1973 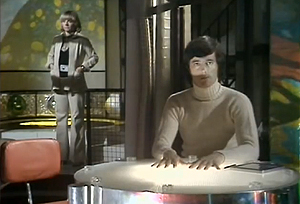 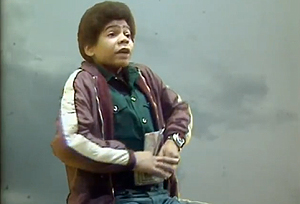 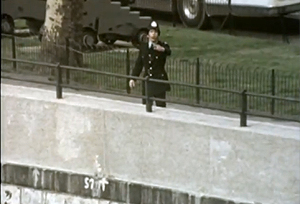 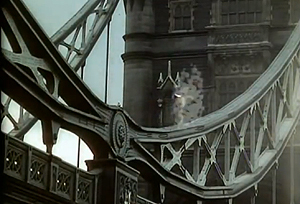 The Tomorrow People was, of course, one of the handful of shows that originally inspired the webpage that eventually became TV Cream, so it’s only right that it should find its way into the rundown. Kenny was originally essayed as the star of the show – streetwise, wisecracking and with full inclusivity credentials at a time when you didn’t really get diversity in children’s TV – but this was a plan that was doomed to fail the second that the production team opted for the wayward acting genius of Stephen Salmon. Kenny’s introductory scene saw him perched atop Tower Bridge, to the perplexed ire of a comedy copper who barks at him to come down at once. “Annyfink you say, officah!” announces the thespianically-challenged youngster, before taking a platform soled-jump off the top of the bridge and disappearing into a blur of ‘jau nt’-depicting CSO, to overplayed Old Bill hat-removing disbelievement. Within episodes, Kenny had been strapped to a chair and fitted with a ‘limiter’ headband to prevent him speaking, and rounded out the series by being telekinetically dunked in a duck pond. By series two he was gone. This all too brief glimpse of his approach to his art is something we should treasure.