The Society For Putting Things On Top Of Other Things, 27th October 1970 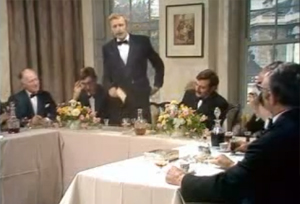 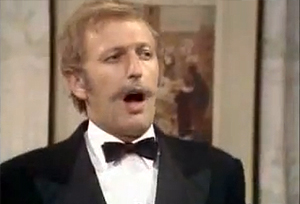 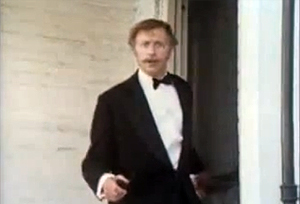 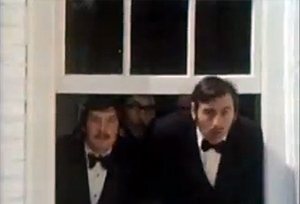 Apologies for the Spanish subtitles, but it’s a bit of added value, isn’t it? We’re always a bit fed up with Python retrospectives as they seem to dart through the TV series in minutes to get to the films as if they were just some kind of try-out whereas for many people they’re an utterly seminal moment in television history. Indeed Creamguide found them almost as fresh and exciting when we finally watched them some twenty years later, and here’s a great example as to why – as well as an illustration of a sketch that simply could not be done today. We begin with a fairly standard sketch scenario, where a seemingly straight-laced figure turns out to be completely insane and the punchline is basically that there isn’t a punchline. So far, so Python, and midway through series two you could imagine loyal fans thinking they might be running out of ideas. But then comes a fantastic bit of comic inspiration and a joke about the programme itself. At this point, all studio interiors were shot on video and exteriors were shot on film, and even though the differences were quite obvious, everyone just accepted that was how telly looked (presumably most people assumed the cameras went funny when you took them outside) and didn’t bat an eyelid. That’s why it’s so funny when Graham Chapman actually draws attention to the technical shortcomings of the production and, stepping outside, notices that he’s now on film. Pretty soon the entire Society are alarmed to learn that the entire building is surrounded by film and they’ll have to tunnel their way out. Of course, these days television is deconstructed on a regular basis but in 1970 nobody did this kind of thing, taking the piss out of everything including itself. Indeed the fact it draws attention to it makes it perhaps even funnier to a mode rn audience wondering why nobody’s noticed anyway. Sadly technology has now improved to the extent that we can’t think of a similar concept any comedy show could do today, what with it all being shot on fancy field-removed video. This absolutely inspired idea, though, sums up the enduring appeal of Python as a TV show.