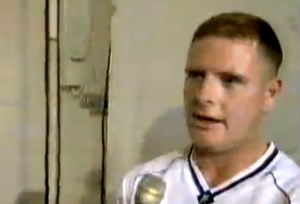 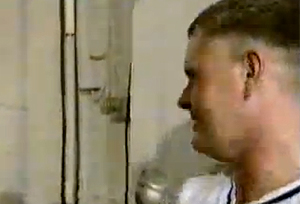 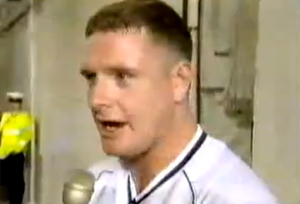 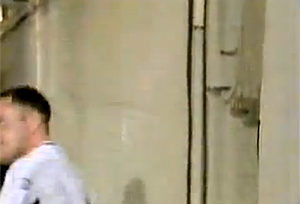 Post-match interviews are considered an important part of televised sports coverage even though they add absolutely nothing to our insight of the game and 99 times out of a hundred are simply bland platitudes where the participants don’t seem that bothered, no matter what they’ve achieved. But Paul Gascoigne was a bit different and Ray Stubbs’ attempts at trying to get a few words from him after the FA Cup semi-final in 1991 are fantastic. Of course, Gazza could always get a bit over-excited whatever the context, but given he’d just scored this goal (with brilliant commentary from Barry Davies) to help Spurs get to the Cup Final, you can understand why he’s even more emotional than usual. Hence Stubbs’ questions are more or less ignored as he simply can’t contain his excitement about what he’s just done, a rare example of a sportsman ignoring all the accepted conventions and just letting it all hang out. Of course, sadly that Cup Final all went wrong for Gazza and later appearances in the media were not very edifying, but it’s moments like this, where he’s on top of the world, that means that even now there’s genuine sadness and disappointment when he suffers another setback. Remember him this way.