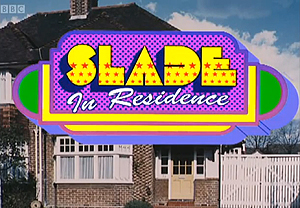 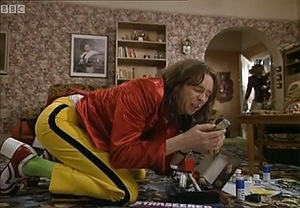 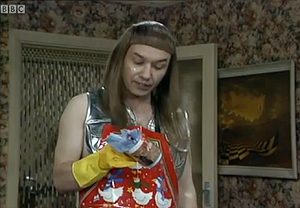 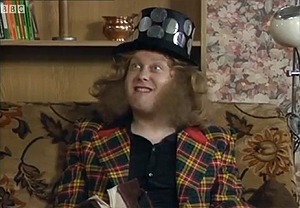 Paul Whitehouse again, though this time only in an acting role. Before we go any further, we must commend the poster of the other, slightly poorer quality version of this clip on YouTube for their fantastic description – “There is Monster Truck Paint in the Cups so it looks like the Cup a Soups will be in Paper cups!! also jim is countin the fireworks”. That’s all you need to know, to be honest. Slade In Residence is basically a domestic sitcom about a family. The difference is that this family is Slade, with Nod as the dad, Dave as the mum and Jim and Don as the kids. These vignettes of the band going about their everyday suburban business, living alongside fellow West Midlands rock stars like Roy Wood, Ozzy Osborne and their sworn enemy Simon Le Bon, are absolutely hilarious. Exactly why the band seem to be obsessed with Cup-a-Soups and Monster Trucks is n ever quite explained, but that just adds to the appeal, as does Vic’s complete inability to successfully do a Black Country accent, because what he comes up with is very amusing. The costumes are also brilliant, the designer clearly having done their research when it comes to Nod’s hat and Dave’s fringe (memorably cut in a later episode using a Fray Bentos pie tin), plus of course the appearance of Roy Wood, a barely-recognisable Charlie Higson, whose face at the end of it is just the funniest thing. The second series sent the band on holiday and there were some good moments but the domestic dreariness of the original sketches ensures they remain the best, not least because Slade are perhaps the only band who you think might actually have lived like that. As officially the nicest men in rock, Slade themselves took it all in good humour, even if Nod said that he could never go to the supermarket again without anyone asking if he’d bought Cup-a-Soup.