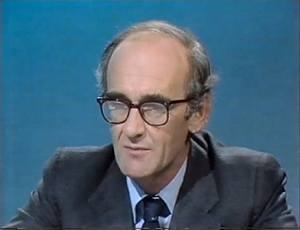 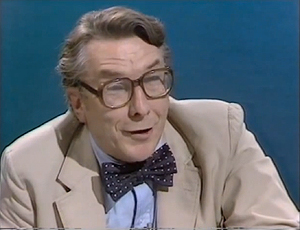 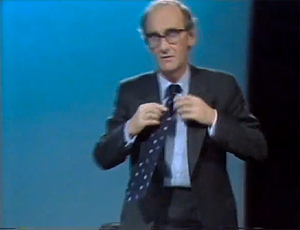 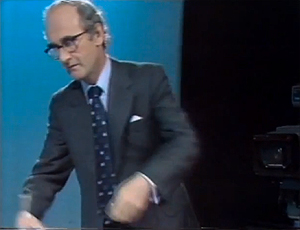 We’re never very fond of interviews going awry, hence the non-appearance of Five Star and Matt Bianco in this list, because we just find them so embarrassing for all concerned, but we’ll make an exception for this, not just because it’s such a famous and memorable moment but because it must be the politest argument of all time. The context, then, is that Defence Secretary John Nott had announced some cuts to the Royal Navy which were considered excessive, to some criticism from the Navy themselves. Nott’s argument, when challenged on this was, perhaps understandably, well, they would say that, and Nott himself was fresh off the stage at the Conservative Party Conference where he had enjoyed a warm and enthusiastic welcome – unsurprisingly just a few months after the Falklands War – so was totally behind his policy. However, Robin Day suggested that the Navy themselves would doubtless know a bit more about their needs, and put that question to Nott – referring to him, with the greatest respect, as “a transient here today, and if I may say so, gone tomorrow politician”. This was the last straw for Nott who announced he was “fed up” with the interview and wasn’t going to continue. Maybe Nott was under the impression that Day’s comments were a rather pointed reference to the fact he was retiring from Parliament a few months later, while Day presumably was talking of politicians in the general sense in that there had been, and would again be, other Defence Secretaries, rather than any specific remark on Nott’s own qualities or potential legacy. Regardless, that was it from Nott, with Day saying it was the first time anyone had done that to him in his long career, even though he had of course made his point with his usual scrupulous politeness (we love the “if I may say so”). Thirty years on, Day’s point h as rather been proven by the fact it’s more or less the only thing anyone remembers about Nott, and we think both parties very much enjoyed the kerfuffle the interview created, Nott naming his autobiography, yes, Here Today Gone Tomorrow.