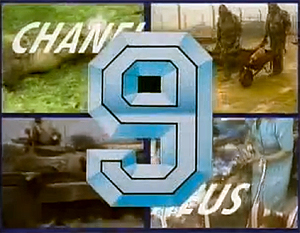 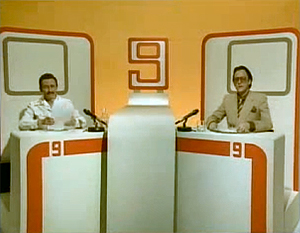 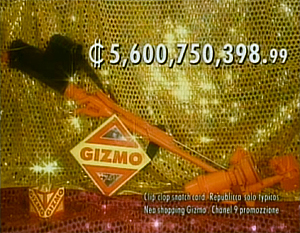 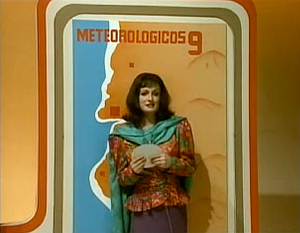 In the summer of 1994, TV Cream was on holiday at a hotel where satellite television was available and we spent much of our time watching an incomprehensible French variety show which appeared to go on forever. Television from mainland Europe can often be totally baffling and that’s why, later that year, what would appear to be a ridiculously esoteric subject for satire struck such a chord with so many people. The Fast Show’s sketches on Chanel 9 Neus would appear to be fairly simple – just a relentless stream of gibberish, with the odd incongruous English expression or swear word dropped in (“DVLC in Swansea”, “BA Robertson”) – but it’s executed so brilliantly with its gaudy and awkward set, its crude camerawork, its washed out colours and the brilliant performances of Pauls Whitehouse and Shearer as the unflappable but unintelligible anchormen. Then there’s the endless adverts for the varying never-explained uses for the Gizmo which feature plenty of the casual sexism that appeared to be a staple of European television. Of course the accepted wisdom is that every episode of The Fast Show was the same but this just added to the humour with increasingly demented variations on the theme, then from the second series a whole host of other programmes from Chanel 9 including incomprehensible entertainment shows and a fantastic parody of The Singing Ringing Tree. But it’s the news bulletins that remain their greatest transmissions, just for their relentless silliness.