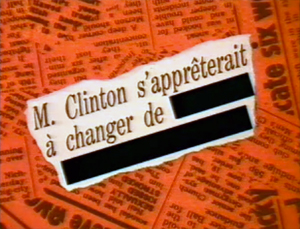 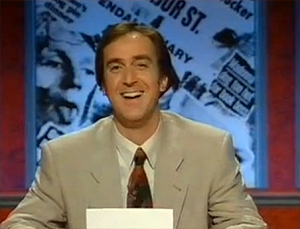 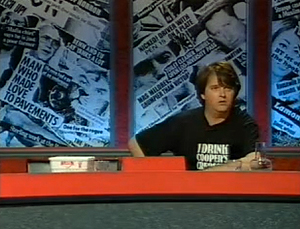 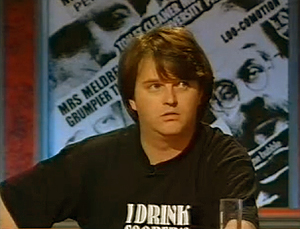 Amazing to think that Have I Got News For You has been running now for well over two decades, though it’s certainly been coasting a bit in previous years. One of the least interesting aspects has been endless Pickles/Prescott Is Fat jokes, so it’s perhaps strange to suggest one of its greatest moments also involved a joke about an MP’s weight. But the Tub of Lard episode from 1993 is fantastic purely because the joke is over and done with in a minute (“He can’t see the monitor from there anyway!”) and what you’re left with is an episode where there’s no attention-hogging or ill-humoured guest but simply Paul Merton, at the height of his powers, getting the spotlight almost entirely on him. OK, so there’s Tony Slattery, a ubiquitous presence on TV in those days, a la David Mitchell, but like David Mitchell always reliably entertaining, and he certainly plays his part. But it’s the Missing Words round that’s particularly amusing, especially as at the time it seemed very exciting to subvert the conventions of a format in this way. Hence a stream of foreign language headlines. We love the way they actually try and answer some of them properly but there’s loads of laughs to be had, from Deayton’s fantastic comic timing – we love his “We shan’t ask another one in German!” because we all know what’s happening next but he delivers it so well – to Merton’s continued despair – “Some of those letters are upside down!”. We also love how mundane most of the headlines are too, especially the one where the answer is actually “Lord Owen”. As for the final one, it’s a brilliant punchline (and if we can be rather dull here, that DLT headline is quite interesting, fully two months before his “principles” speech). Then to put the top hat on it, it turns out Merton has actually won the episode, which we’re sure wasn’t plann ed and just adds to the hilarity. Of course nowadays every panel show, including HIGNFY, is quick to mess around and attempt to parody its own format, but this was the first occasion, and by some distance the funniest.