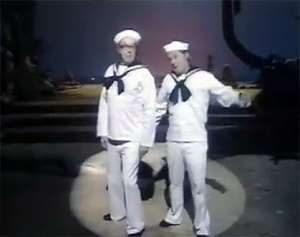 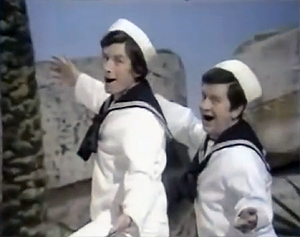 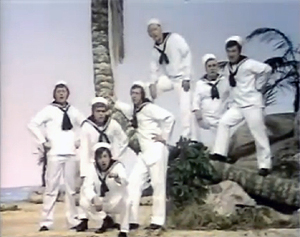 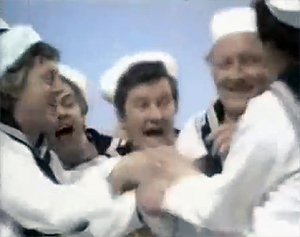 As we all know, The Morecambe and Wise Christmas Show in 1977 wasn’t even the highest rated show of the night, let alone the decade, but since then it’s become hugely celebrated as the high water mark of television light entertainment. The stories of the meticulous preparation that went into it are legend, and the sheer number of guests crammed into the hour give it a truly epic feel. There’s no better example than this. It’s a slight return of something they did back in 1971, with Bough and Waring involved again, but on a much bigger scale. What’s great about this routine is that none of the dancers are identified at all, viewers are just expected to recognise them – which of course they do because in those days the newsreaders and sports presenters were hugely famous and respected figures you’d see eve ry week, and that’s why it was so funny to see them in this context. The big laughs come about thanks to the presence of the ungainly Eddie Waring, wisely not required to participate in any of the action sequences, and you’d think they might have left his reveal until the end, but that’s the only fault with this otherwise wonderfully choreographed routine. Certainly it doesn’t look much on paper, but it’s testament to the respect Eric and Ern were held that all the participants jumped at the chance to take part, and took it totally seriously, thus relieving the pressure on Eric who was famously worried sick that it wasn’t going to work and was delighted when he saw the finished product. What’s also great is that it emphasises the Beeb as a fun factory where anything could happen and they had the whole Corporation to play with (the stories of Eric always popping into the Play School studio to say hello to Big Ted and Little Ted emphasise this), which is some thing they could never do on ITV due to its fragmented nature, though frankly that was one of the lesser problems of their defection. Hard to imagine how they could have topped this on the Beeb, though.