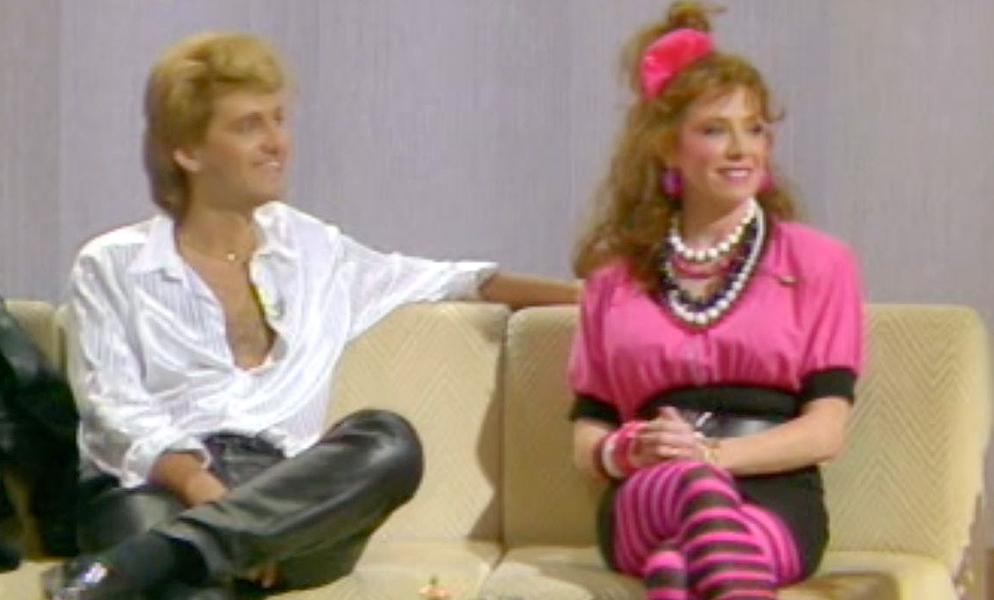 7.00pm WOGAN WITH SUE LAWLEY, BBC1
“We bring you the big news from Liverpool!” There’s a proper scoop for Sue tonight, as she reveals the identities of the new Joey and Aveline Boswell, thus denying a holidaying Tel the chance to exchange “Greetings!” with Graham Bickley and Melanie Hill, who are interrogated in costume but not in character. In fact, most of the chat is dedicated to their appearance (“I was going to ask whether you’d fit into Joey’s leather trousers”) although Melanie does let slip that she’d never actually seen Bread before getting the job. Also on the guest list, Chancellor (and soon to be ex-Chancellor) Nigel Lawson, who, according to Sue, “has been said to resemble a Regency swell and a Victorian villain,” and married concert pianists John Ogdon and Brenda Lucas.

6.00pm BUCK ROGERS IN THE 25th CENTURY, BBC2
Once a crewman in the ITV Saturday night ratings corps, Captain William “Buck” Rogers had been blown out of his trajectory and frozen in time before returning, erm, nine years later to land on BBC2. The perfect piece of disco sci-fi teatime escapism, but now with added irony and kitsch. And of course, as no less an authority than Clive James had it, “the hardware looks good”. 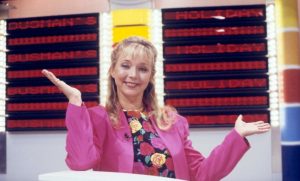 7.00pm BUSMAN’S HOLIDAY, ITV
Sarah Kennedy hosts the leaden Granada quiz (you could tell it was a Granada quiz because the audience sat behind the host) featuring teams from three professions answering questions about their jobs for the prize of a “working holiday” related to their careers. The teams in tonight’s show are brewers, marine pilots and, it says here, vegetarians, which is not, as far as we know, an actual profession.

8.00pm BROOKSIDE, Channel 4
Turn up the synths to 11, it’s destination Brookside Close, where Frank and Chrissy Rogers are fretting about the mortgage on number 5, while “Growler” is off for a trial for Liverpool Boys football team (spoiler alert: he’s too small). Billy Corkhill asks Tracy how she feels about Sheila moving into his room. And Paul Collins gets a visit from a former Burma prisoner of war who has a confession to make about an egg he ate in 1943.