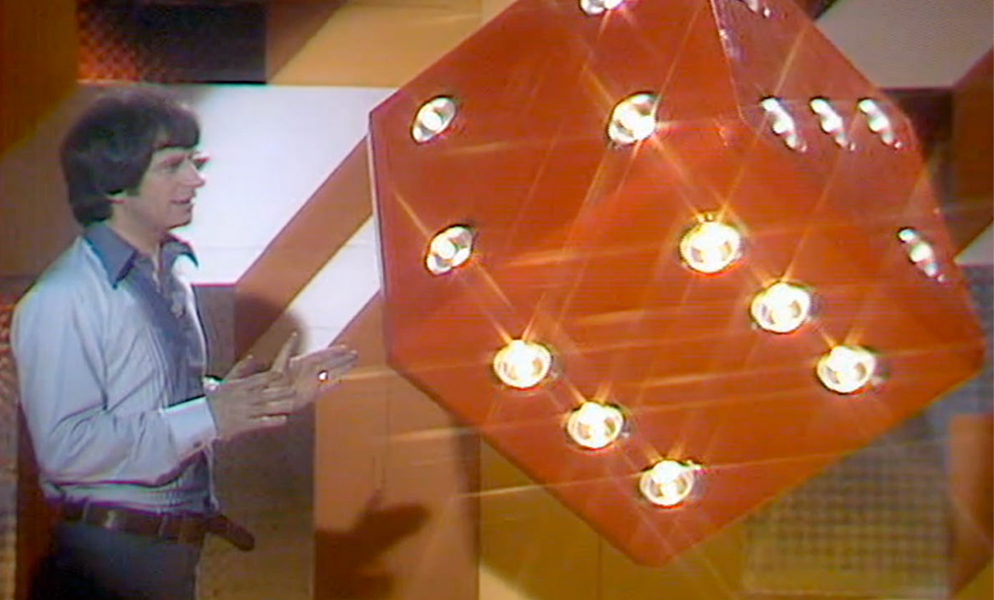 5.10pm THINK OF A NUMBER, BBC1
The amazing Vic Reeves Big Night Out-style studio is the crucible for 30 minutes of mathematical son et lumiére, as Johnny Ball tackles the question of wealth (“2p or not 2p, that is the answer!”) with the aid of five dozen schoolkids in aertex shirts, a solid gold bar worth £37,529.86 (“Which would buy a lot of sweets!”) and an oversized dice descending, of course, from the ceiling. And if that wasn’t enough, Johnny also discovers the number that’s over 1,000 miles long (nine to the power of nine to the power of nine, which we remember from our well-thumbed copy of the TOAN book). If you want to know how that’s done, drop him a line, Johnny Ball, Think Of A Number, BBC Television, and he’ll tell you.

9.15pm GEORGE AND MILDRED, ITV
Press the musical doorbell for another visit to the split-level Hampton Wick domicile of Los Ropers. This is a repeat from the first series, so the Pacman-and-Batman logo is still accompanied by the raucous music-hall knees-up theme tune, rather than the chirpy synths-and-acoustic-guitar workout that followed. Don’t be alarmed by the time slot – or the episode title of Family Planning – for this isn’t a special “post-watershed” edition (if you can bear to imagine such a thing), but the result of ITV’s coverage of the European Cup final.