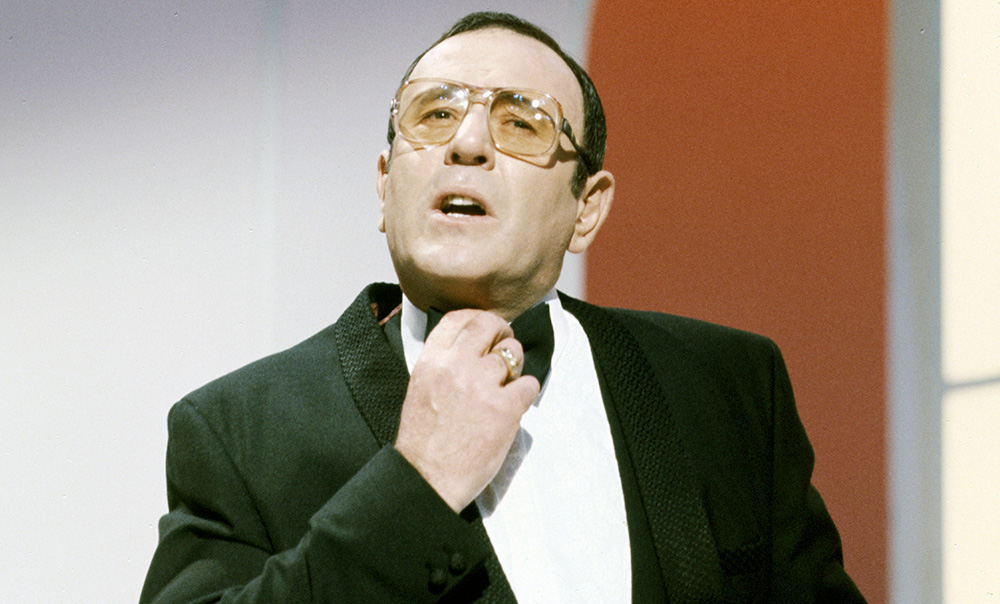 8pm MIKE REID’S MATES AND MUSIC, ITV
And there’s your elevator pitch right there! Sold! The trowel-voiced funny fella pops on the Reactolite Rapides, straightens his dicky bow, and helms an hour of post-Corrie comedy and song with Harry Fowler, Ray Alan, Sandra Dickinson, Gary Wilmot, Fogwell Flax, Helen Shapiro and – it says here – “macho man” Duncan Norvelle. “I’ve never had a single threat or word of abuse from anyone,” reported the then 27-year-old “chase me!” stand-up, who’d been discovered the previous year on Lionel Blair’s Saturday Royal. “I’ve always deliberately played up the camp bit – but it’s all an innocent bit of fun.”


21.50pm THE BOB MONKHOUSE SHOW, BBC1
Ah! And then here’s the man with the Reactolite tan! “Another chance to see” the staged – and all the better for it – chat show in which Lord Bob meets, and acts as a feed for, various funny folks from the UK, America and Canada. Tonight’s assemblage: Janet Brown, Bob Hope (of Sammy Davis Jr: “He hits a nice ball, about 90 yards… and his jewelry goes about 110.”) and Rich Little. With music, of course, from The Harry Stoneham Band. First aired the previous October on BBC2.