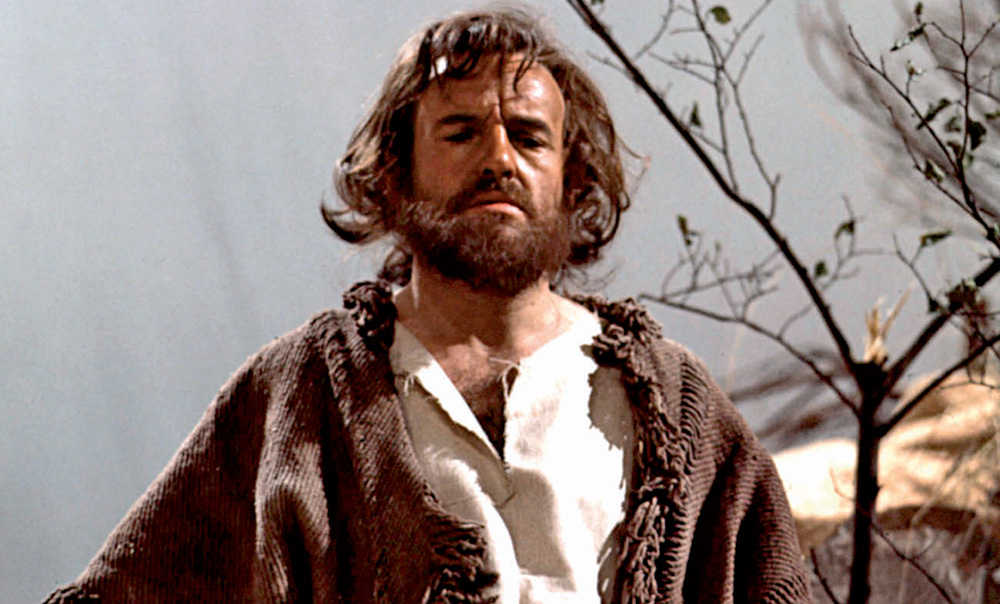 9.05pm WEDNESDAY PLAY: THE SON OF MAN, BBC1
“One of the most compelling pieces ever put out by that controversial vehicle, BBC-1’s Wednesday Play,” said the Daily Express (note the hyphen, Brand Managers!) as Dennis Potter’s take on the last days of Christ merited a second outing following its Easter premiere. Recorded in good old multi-camera, and with newfangled handheld gear, it necessitated some of the crew being dressed as Jewish zealots, lest they appeared on screen. Potter later lamented it was “shot on video in three days in an electronic studio on a set that looks as though it’s trembling and about to fall down,” although director Gareth Davies was of the opinion that what they were staging was indeed a play. With Colin ‘It Shouldn’t Happen To A Vet’ Blakely as Jesus.

8.50pm THE TELEVISION DOCTOR, BBC2
Continuing with the BBC’s five-past or 10-to scheduling comes this 15-minute offering that opens with a fascination proposition: “Do teeth matter?” To answer that question, personages known only as the Consultant Physician, a Consultant Dental Surgeon and a Senior Lecturer in Dentistry come together to discuss all things molar and ruminate on research that reveals four tons of teeth are extracted from British children in one year, and that out of 100 schoolchildren, only two will have no fillings or decay.

9.00pm IT TAKES A THIEF, ITV
“I know Mr Mundy’s modus operandi. He’s fast with his hands and gift of gab. He’s wiggled out of tight spots with both, but not this time…” A tyro Robert Wagner stars as gentleman criminal Alexander Mundy, now utilising his skills for the US government. Titles involve roulette wheel, creeping around and kissing ladies. Here’s an episode from series two, ‘The Packager’, which opens, as all these shows must, with a sophisticated society soiree.