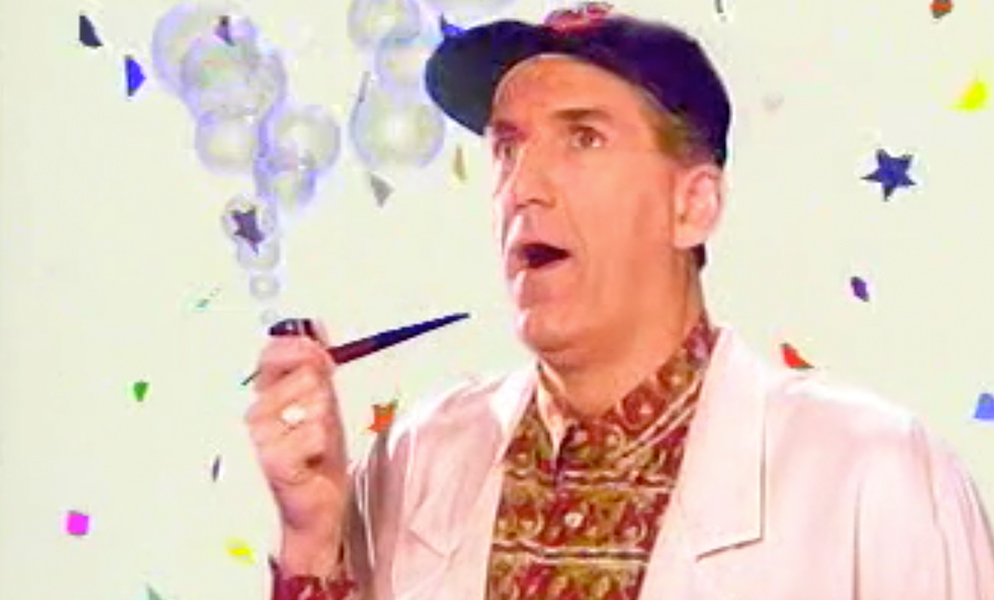 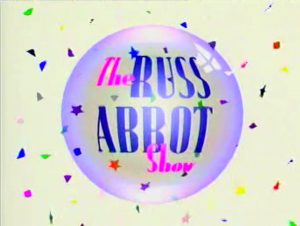 8pm THE RUSS ABBOT SHOW, BBC1
In the past there were small but obvious signs that a television personality was on their way out. It used to be quite subtle – their Christmas show would move to a slightly lower profile slot, and then on the Beeb there would be two ways they’d start the bell tolling. Paul Daniels, for example, saw his Magic Show shunted from its cushy midwinter berth to the spring, whereas for Russ, fresh from being demoted from Christmas Day to Boxing Day, it was the other alternative, as in 1991 he found himself being turfed out the Saturday slot he’d held since arriving at the Beeb five years previously, and dumped on Fridays, an absolute dead point for the channel at the time. Unsurprisingly, this turned out to be his last series, and the man who just a few years previously had been named as the Funniest Man Of The Eighties and ‘the new Peter Sellers’ was out of the door, and nobody seemed to notice. According to a Beeb bigwig at the time, the viewers were no longer interested in his style of comedy, and certainly there doesn’t appear to have been any great reappraisal of it since. Serves them right for rearranging the Songs Of Joy And Tears Of Laughter theme into some mushy mid-tempo affair, minus lyrics.


6pm THUNDERBIRDS, BBC2
TV Cream starts here? Well, Thunderbirds had never really gone away, what with Thunderbirds Are Go by FAB featuring MC Parker going top 10 in 1990 and that double act who wore models of Thunderbird 2 on their heads turning up everywhere, while it had also been a staple of daytime schedules in the ITV regions. But this run was the first time it had been repeated in full on a national basis and it was bloody big news, getting on the cover of the Radio Times and being greeted with huge excitement and enormous viewing figures. That led to this slot being annexed by Andersonia for the next few years – although they still couldn’t make a hit out of Joe 90 – and then a host of sixties ITC hokum like The Champions and The Persuaders, plus it reached a new generation, most obviously illustrated by Anthea Turnerís finest few minutes on Blue Peter. And we reckon that led to an explosion of nostalgia for old telly on a scale never before seen. To be honest, we’ve never really been that bothered about this show, but for helping us to earn a bit of a living over the past 20 years, we’re very grateful for it.

7pm THE $64,000 QUESTION, ITV
“This is the show that likes to give everyone a break, and here’s yours!” Weíre loath to suggest that Lord Bob Monkhouse was ever less than brilliant, but we would might venture one of the low points of his career came in his spell at ITV in the early 1990s, where he was starting to look a bit old hat fronting any format going. This was the period where he was hosting the weird mish-mash Bob’s Your Uncle and the uninspired Celebrity Squares revival, plus this rather tedious series. The first point of interest is that the prize wasn’t $64,000 but £6,400 – as Bob said, “You don’t mess with a winning catchphrase” – although this was at the very top end of the IBA’s prize limits. Any excitement at that was rather diminished by the game itself, nicely realised on screen with lots of dry ice and isolation booths and Bob hamming it up, but proceeding at an absolutely glacial pace with a host of convoluted rules, contestants memorably having “the right and obligation” to go to the final. Hence, rather than any great drama the only bits anyone remembers are “should to wish to piss… er, we can get you out of there” and that outtake where Bob couldn’t open the briefcase of money. After four dull series, though, came the autobiography, and HIGNFY, and the Audience With, and Bob didn’t need to bother with this kind of thing anymore. 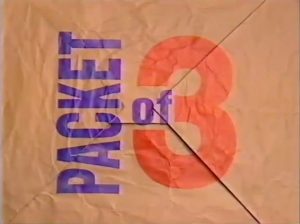 10.35pm PACKET OF THREE, CHANNEL 4
Yet another vain attempt to find a way to present stand-up on telly without just, er, showing some stand-ups, this high concept series strung together routines at the fictional Crumpsall Palladium with a sitcom set backstage starring Henry Normal, Jenny Eclair and Frank Skinner. Inevitably it wasn’t very good, despite Harry Hill making his TV debut on it, but Frank won the Perrier Award during it, which seemed to be the only reason why it was brought back for a second series with him centre stage and Henry Normal out the door. But he went on to enjoy incredible success behind the camera, so we doubt he’s that bothered.