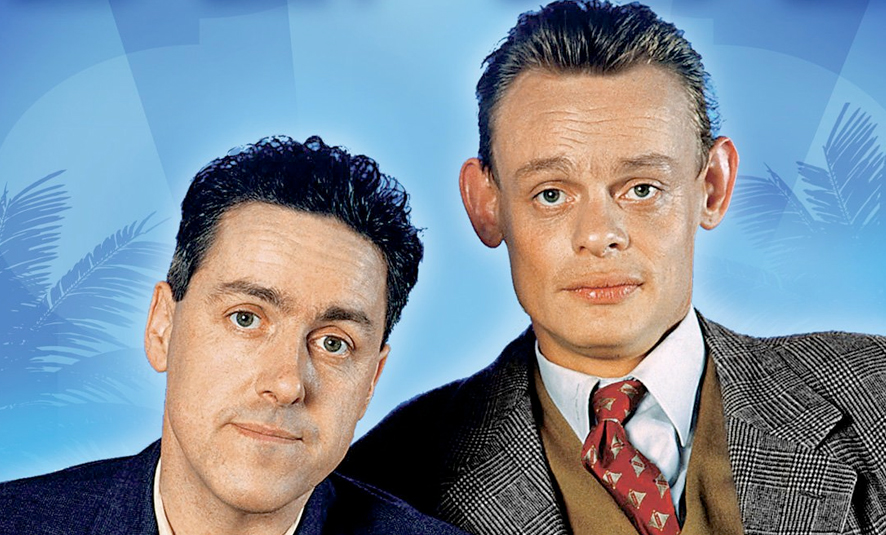 9pm DEMOB, ITV
Hyped up as the next big hit comedy drama that wasn’t – and there were millions of them around that time, and none of them were either – and starring Griff Rhys Jones and Martin Clunes as two ex-forces types in the 1940s with a dream of becoming a top radio comedy double-act. Amanda Redman and Samantha Janus did the eye-candy-with-a-mean-left-hook honours, while Les Dawson appeared in one of his last screen roles as, you guessed it, a world-weary club comic. Almost entirely forgotten now, but for the fact that there is one copy of the tie-in novel, with a faded back cover, in every single charity shop in the land. 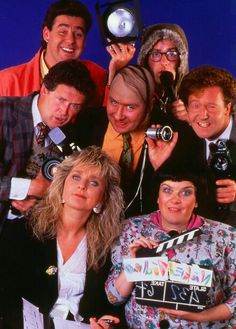 9pm NAKED VIDEO 2½, BBC2
BBC Scotland’s premier sketch show where you couldn’t work out whether you liked it, or not nor indeed which of those three bits of music was the actual theme tune, went on for terrifyingly longer than anyone remembers – and even then they kept trying to revive it in new guises. Here’s one of the 10 billion Best Of compilations that they flung out during that time. Doubtless featured Rab, Siadwell, Lizzie, The Baldy Man, Thingy in the wine bar, the Outer Hebrides Broadcasting Corporation, and loads of other unfunny ones about being a delivery driver and falling in a sewage trough or something.

7pm EVERY SECOND COUNTS, BBC1
Another that went on for far longer than you’d imagine, with Paul Daniels overly verbosely dispensing a series of shockingly easy questions while contestants with fixed grins stood there saying absolutely nothing and a none-more-1980s bleeping timer bleeped merrily away. From the early computer generated opening titles nicked off Sixty Minutes and the ludicrously over-arranged blaring brass theme music to the eye-hurting neon-and-pastel set nicked off the TWO ident’s nightmares, this was everything that’s gone missing from early evening TV since then. And Paul was absolutely brilliant at hosting it. Yes, a lot.