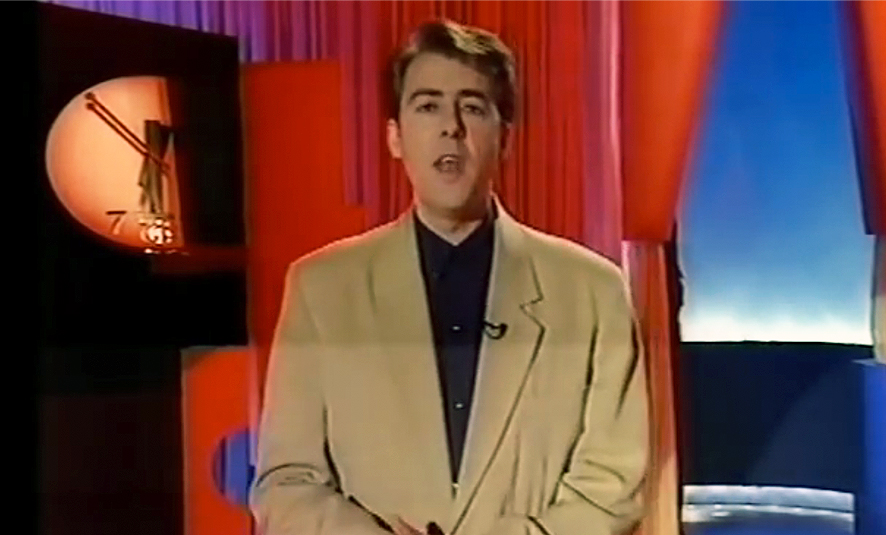 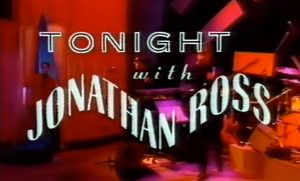 It seems so long ago now, but there was a time before Jonathan Ross bollocksed everything up for everyone for the sake of a piss-poor joke about nothing, and was something of a broadcasting force to be reckoned with. True, he always seemed to trade in nostalgia that just slightly pre-dated the Cream Era, but his shows were once compulsive viewing and that included this bizarre Wogan-rivalling early evening chat hoedown in which big names rubbed sofas with his own angular obsessions like Corky and the Juice Pigs and Nirvana. This week he’s live from Cannes, and tonight’s guests include Jungle Fever star and director Wesley Snipes and Spike Lee, and Brigitte Nielsen. We’ve scoured IMDB and can’t work out what she can possibly have been promoting. Insert your own punchline here. 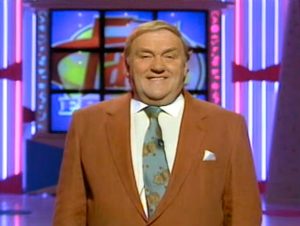 Baffling mob-handed cast-of-thousands game show in which a contestant-swamped Les Dawson attempted to pose posers while team captains solicited potential answers from approximately seventeen million of their ‘friends’. It’s easy to shake your head at how controlled and tightly formatted game shows are today, but the exact opposite was this, where anarchy reigned supreme and pretty much nobody seemed to care.

8.30 THE PIGLET FILES, ITV
Nicholas Lyndhurst’s oft-overlooked second post-Rodney sitcom escapade, which is a tad unfortunate as while it was no classic, it was certainly more enjoyable than The Two Of Us. In this week’s instalment, Piglet In A Trough, lecturer-turned-Soviet-tailer Peter ‘Piglet’ Chapman does an additonal act as a hard-drinking gambler in an effort to determine whether his immediate superior Major Maxwell is actually secretly a KGB operative. They don’t write them like that any more. Or maybe that’s what they want you to think.