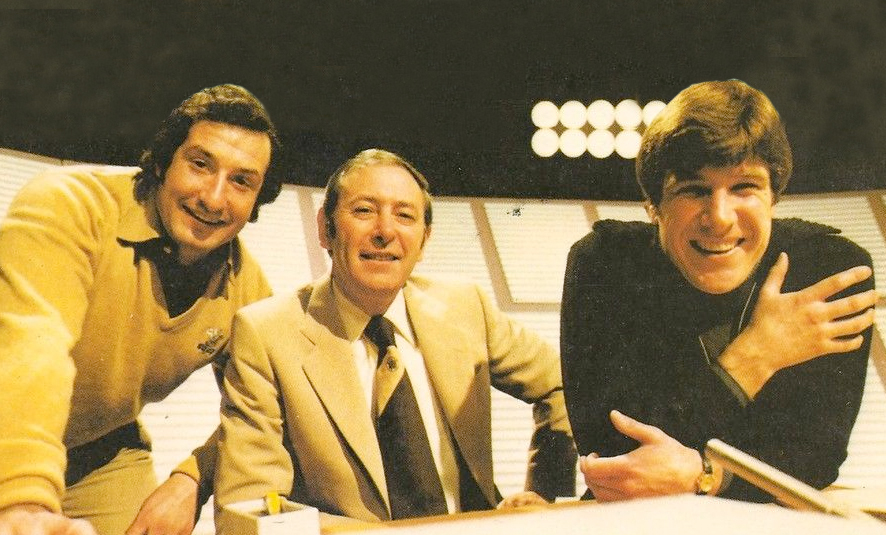 7.00pm A QUESTION OF SPORT, BBC1
If not at the peak of its powers (that apotheosis was surely coincident with the establishment of the Beaumont-Hughes axis), this line-up brings us team captains Emlyn ‘the aforementioned’ Hughes and Gareth Edwards, with David Coleman presiding over them both and appearing to laugh, but without ever emitting a noise.   This was an era when the producers realised that the likelihood of sport stars succeeding at doing comedy was equivalent to that of Aiden J Harvey excelling at three-day eventing. As such, the laughs that we got were all the better for it. The guests on this episode were Sebastian Coe, Brian Henton, Jill Hammersley and Gary Shaw, and the mystery guests – it says here – were Graham Rix and Allan Wells – so that’s blown that, then! 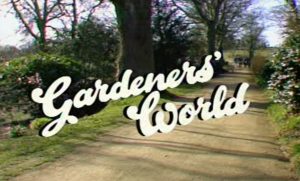 The show about planting stuff and that, which split families asunder as parents insisted on checking in with how Geoffrey Smith and Arthur Billit were getting on, while their children complained bitterly in the hope of drowning out the items on sowing plants for bedding out, choosing varieties for a new rose garden and transplanting an evergreen. The series had a cheek to describe itself as a magazine show with all the incumbent frothiness that such a sobriquet suggests.

10.30pm HOLDING THE FORT, ITV
Early ITV outing for Marks and Gran.  The series was disconcerting insomuch as the three leading actors all seemed to be popping in from other programmes. Peter Davison, then playing the eyebrowless Fifth Doctor, assumed the holding role of the show’s title, while his on-screen wife, Patricia Hodge went out to work.  Matthew Kelly, soon to become famous as Matthew Kelly, played Fitz, the oddball pal who provided a welcome source of easy laughs when the situational humour dried up. First episode of series two.