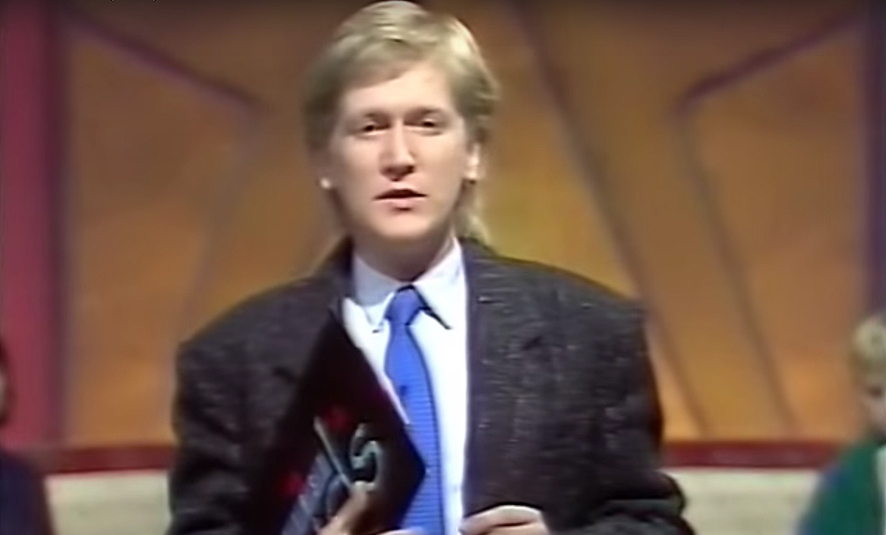 7.30pm FIRST AIDS, ITV
The centrepiece of this week’s momentous all-channel crusade to prevent the nation from dying of ignorance (it was so important, it even got an ‘ITV Presents’ caption), this star-studded revue laid out the facts about AIDS, prompting varying levels of awkwardness in living rooms across the land (“Warning: the next programme is intended mainly for young people but it is not suitable for children.”). Mike Smith introduced sketches from Rik Mayall, Fry and Laurie and Spitting Image, comment from Mary The Punk from EastEnders and Corinne Drewery off of Swing Out Sister, and the bit that everyone remembers, a discussion about condoms with Jonathan Ross (“look at this packet I’ve got here – Tutti Fruttis!”) and how to put them on.


9.40pm ROCKCLIFFE’S BABIES, BBC1
“Rockliffe is surprised to learn that some members of the squad find him unapproachable,” explained Radio Times as it banged the drum for BBC1’s new police drama, starring Ian Hogg as Det Sgt Alan Rockliffe, in charge of a team of hot-headed raw recruits tackling crime on the streets of west London. The playground chantalong theme tune (“Rock-a-bye baby in the tower block/Your mum’s on the social, your dad’s in the dock!”) remains the most enduring thing about the show (although, for Doctor Who fans, it’s the first five minutes of spin-off Rockliffe’s Folly turning up after their VHS recordings of Season 25). “Doesn’t he always come to their aid when they need him? And that’s just what he has to do when Adams decides to go out on a limb.” 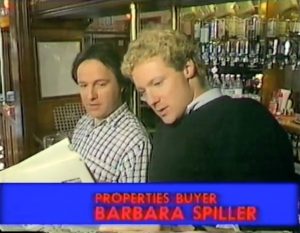 Possibly the most watching-BBC2-at-nine-o’clock-upstairs-on-the-portable comedy package of the 1980s, Now – Something Else (and what a terrible title that is) showcased the many voices (and prop spectacles) of a fresh-faced Rory Bremner, backed by a supporting cast of Steve Steen and Jim Sweeney (although we’ll always think of them as the blokes sneaking into the boiler room at the start of CBTV), Ann Bryson and Sara Crowe (soon to be eternally pigeonholed as “those women off the Philadelphia advert”) and Jeremy Hardy. Note that ‘Again’ in the title, not so subtly highlighting the fact that this was actually a repeat.

10.00pm, THE LAST RESORT, CHANNEL 4
The meteoric rise of the man we’ll never call ‘Wossy’ ensured his magnificently ramshackle chat show and “happening” had been swiftly promoted from the deepest recesses of Channel 4’s late-night schedule (the first edition actually went out at 12.30am) to the 10pm slot, a move that helpfully coincided with his appearance on ITV earlier in the evening. A suitably eclectic guest list included Boy George, Cynthia Payne, Timothy Spall and, “by popular demand”, the return of student union ball staple Stevie Starr, aka The Regurgitator.