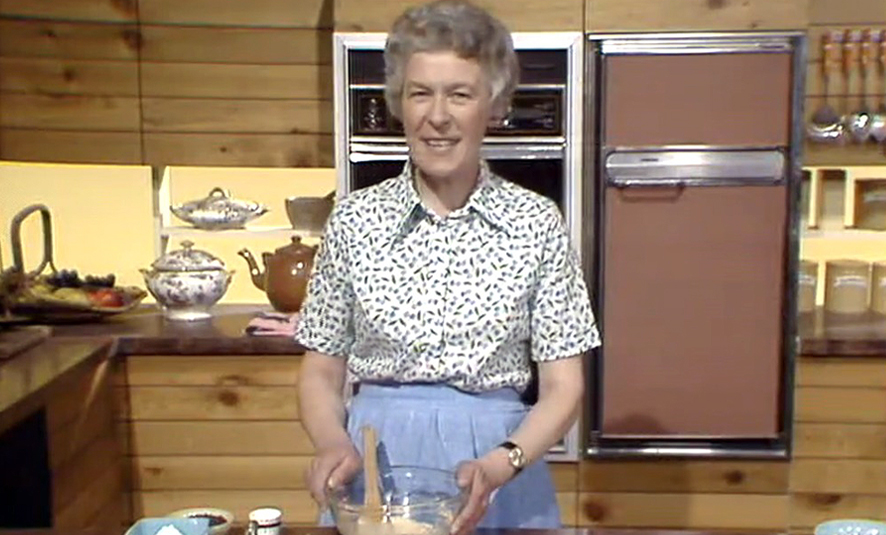 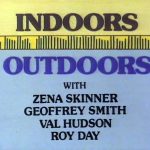 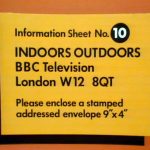 7.05pm INDOORS OUTDOORS, BBC2
It seems a long time since you got presenters called Val and Roy on primetime TV, but this cut-out-and-keep compendium of household hints, DIY tips and what nobody in 1977 called ‘life hacks’ fielded a team almost entirely comprised of people who sounded like your dad’s workmates: gardening guru Geoffrey Smith, DIY wizard Roy Day, consumer journalist Val North and, for balance, the rather exotic sounding (for the 1970s, anyway) cookery expert Zena Skinner. For some reason, when we were little, we used to ‘play’ Indoors Outdoors, although we can’t remember exactly what the ‘game’ consisted of, except arguing about who was going to be ‘Indoors’ and who was going to be ‘Outdoors’.


7.30pm SALE OF THE CENTURY, ITV
And now, from, well, you know where, it’s the quiz of the week, with the chance to snap up an Allegro for £120 or buy a patio furniture set for £19 the tempting reward for the winner. Even in its imperial phase, the Sale always felt a bit archaic, thanks to the holiday camp-style announcements of genial MC John Benson, the Radio 2-on-a-Sunday-afternoon keyboard stylings of Peter Fenn and, not least, the mesmeric patter of “the man with the questions and the money”, Nicholas Parsons. For all that, we loved it, thanks to the 100mph pace of Nick’s line of interrogation, the irresistible everything-must-go conceit, and because all quiz shows should have their own gong. 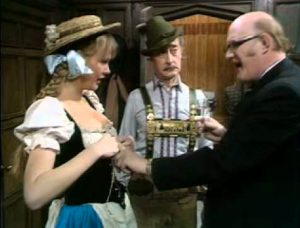 8.00pm, ARE YOU BEING SERVED?, BBC1
“Going up” once more for another ‘sales drive’ on the first floor of Grace Brothers, but this one is a bit more memorable than all the other sales drives that happened in every other episode of Are You Being Served? ever made, as this one was German Week, leading to, yes, lederhosen, thigh-slapping and a stripy carrier bagful of casual xenophobia. Not only that, but among the roll call of those You Have Been Watching was a youthful Joanna Lumley (as ‘German customer’), alongside one Anita Richardson, who’d landed the coveted role of ‘the lady for the ladies’. They’ve all done very well, obviously.