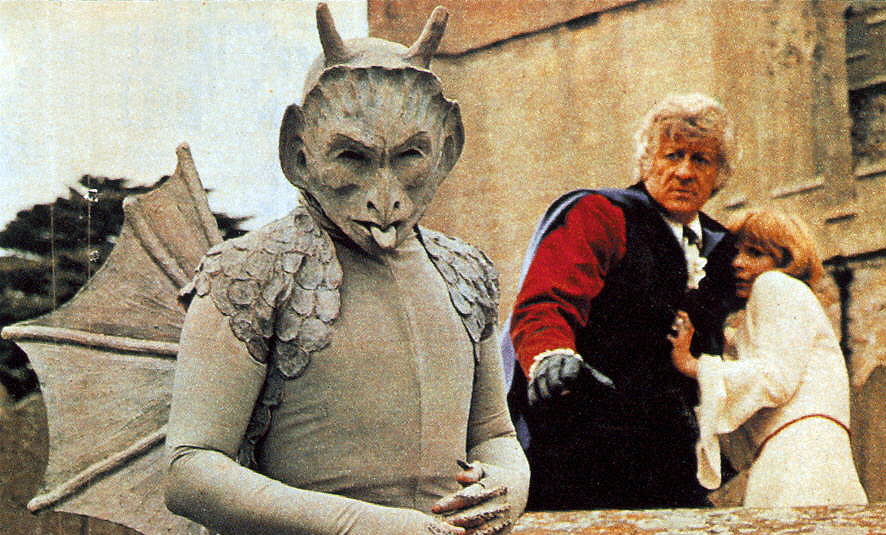 7pm DOCTOR WHO, BBC2
Back in the 1990s, you had to get your Who wherever you could find it, so if Alan Yentob pencilled in a season of reruns for Friday evenings, “Rave Night” at the students’ union would just have to wait. It’s destination Devil’s End for five-rounds-rapid and a live broadcast from BBC3, which seemed as unlikely in 1992 as it must have done in 1971 (and, indeed, is now in 2017). If you’re still reading this bit, you’ll know that ‘The Daemons’ had been wiped after transmission, but a black-and-white telerecording had recently been restored into colour, prompting this commemorative reprise. And if you’re still reading this bit, you’ll know it was the Master. Again. 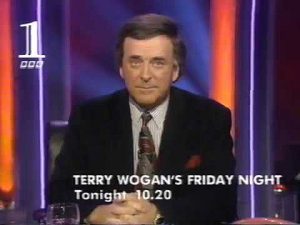 10.20pm TERRY WOGAN’S FRIDAY NIGHT, BBC1
Perhaps the least exalted chapter in Terry’s chat rendezvous chronology, Friday Night attempted to reinvent Old Mother Wogan’s broth of a boy as something of a late-night Johnny Carson figure. Delivering a topical monologue from behind a semi-circular desk (and the Tao of Wogan dictates that Tel should NEVER appear behind a desk), the old flabfighter looked ill at ease, not helped by the worst theme tune (“It’s Friday niiiiiight!”) of his career. A rotating squadron of “sidekicks” failed to improve things, although the best of them, Frank Skinner, was on duty tonight, doubtless essaying a couple of risque quips about star guest Cliff Richard.

8pm GONE TO SEED, ITV
If you dimly remember “that thing on ITV about greyhound racing with Harry Enfield, Alison Steadman and Warren Clarke”, which was actually called Gone To The Dogs, then this was a sequel of sorts, best described as “that thing on ITV about a garden centre”, but with the cast from the original series (sans Enfield) in different roles. And now with added Peter Cook. All of this sounds a slightly improbable concept for early ’90s ITV, and with good reason.


11.10pm THE WORD, CHANNEL 4
One of our abiding memories of early 1990s (and thus imperial phase) Corrie is the time that Angie Freeman flung the personal effects of her actually-still-married boyfriend Neil into his cement mixer, including an Arrested Development CD. All of which is a slightly circuitous way of noting that the then-ubiquitous alternative hip-hop collective were guests on tonight’s edition of The Word, along with Dannii Minogue, Marky Mark and, unfortunately, Shabba Ranks, for this was indeed the “that’s absolute crap and you know it” episode.