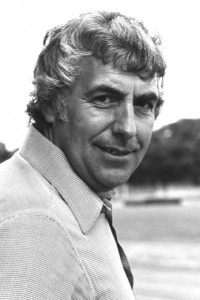 PE COMPETITION overseen by stern-but-fair RON PICKERING and the noisiest thing ever on children’s television. Games on the grass, then in swimming pool. Coloured polygons on T-shirts identified teams. Hopelessly complicated rules: “When I blow the first whistle, I want you to run down here, under the tarpaulin, taking the tennis ball from this post, go around these skittles, and put it in the basket. When I blow this swanny whistle, run back down to here with the wheelbarrow, pick up the quoit and throw it over to the bucket, then take the tennis ball over the see-saw…” Pickering’s penchant for profuse sweating, especially around the nipple region, rendered many an episode not just unlistenable or incomprehensible but downright unwatchable.