THE IMPERIAL Leather of costume soap combining the best and worst of rich people and their servants with lots of dressing up, elegant living and snatches of well-honed period detail. JEAN MARSH, who played Rose the maid, dreamt up the Bellamy family and their well-appointed pad at 165 Eaton Place, London. Lining up for the aristos were RACHEL GURNEY as Lady Marjorie who went down with the Titanic and was replaced by a dapper HANNAH GORDON as Virginia Hamilton, second wife of Lord Richard Bellamy (DAVID LANGTON), a well-meaning but fundamentally useless politician. Spoilt-brat kids parts were taken by SIMON “AGONY” WILLIAMS, NICOLA PAGETT and LESLEY-ANNE DOWN. Below stairs was where they had all the fun. GORDON “CI5” JACKSON was Hudson the grumpy butler and ANGELA BADDELEY was Mrs Bridges the cook with a bad chest. Additional bowing and scraping from Sarah the maid (PAULINE COLLINS) and Thomas the chauffeur (JOHN ALDERTON) who went on to do a lousy spin-off series of their own, and assorted footmen (including CHRISTOPHER BEENY), scullery maids, seat-wipers and candle sharpeners ensured that there was always coal on the fire and that the posh folk never went short of a cup of tea when they pulled on the silk sash next to the fireplace. All major historic events from World War I to the Wall Street Crash found their way into the storylines and in true soapy style the Bellamys had more than their fair share of disasters and scandals to contend with. Meanwhile in the kitchen or attic the servants were struggling to control their reproductive urges, fending off unwanted advances from Young Mr Bellamy and trying to live up to the morally sound, upstanding, salt-of the-earth behaviour that the melodramatic scripts required. Much imitated (and in some cases reheated – Jean Marsh was also responsible for The House of Elliott) but probably never bettered. A new three-part run was commissioned for Christmas 2010… on BBC1. Set in 1936, Jean Marsh returned, as did Gordon Jackson’s handwriting (on a key fob). The comma in the title, however, didn’t make it into the new era. 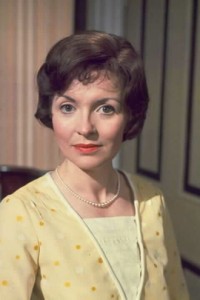 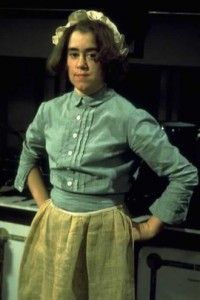 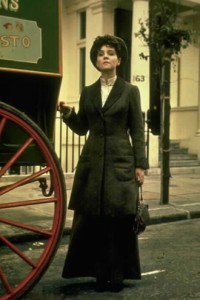