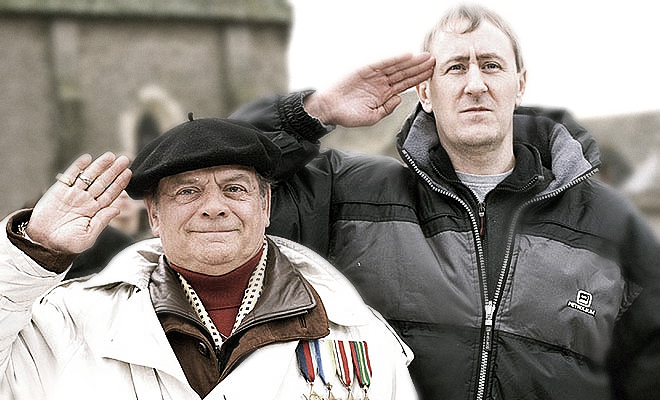 TV Cream again finds itself in the ghastly position of posting up another RIP for another timeless TV name who has a show returning to the schedules over the next week.

John Sullivan, former scene-shifter turned one-man TV sitcom powerhouse, passed away on April 23, 2011 at the age of 64. The creator, of course, of TVC favourites such as CITIZEN SMITH, JUST GOOD FRIENDS, DEAR JOHN and ONLY FOOLS AND HORSES, his OFAH prequel, ROCK & CHIPS airs on BBC1 on Thursday.

Thanks, John, for all the laughs, plus the gold chains, whassa-names, and at a push, some Trevor Francis tracksuits.