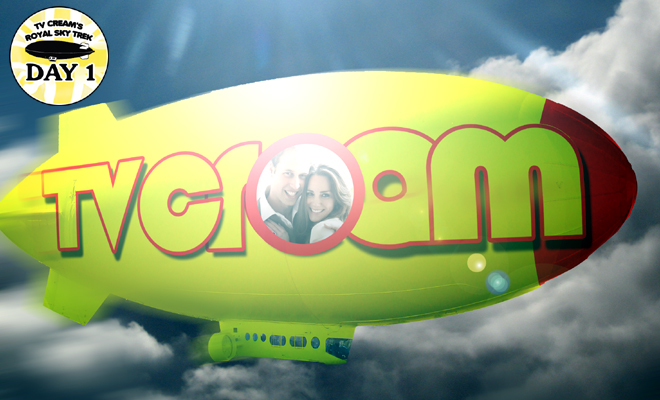 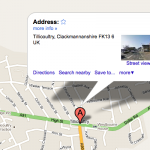 This morning, TV Cream’s podcasting team of Ian, Chris and Graham (in that order) began a very special odyssey in order to celebrate the upcoming Royal Nuptials. In Tillicoultry near Stirling in Clackmannanshire in Scotland, the trio boarded the temporarily-charted TV Cream Royal Commemorative Airship, in which – between now and Friday – they intend to voyage o’er the British Isles, before mooring in the skies over Westminster Abbey, from where they’ll host a very special TV Cream’s Right Royal Scene Podcast, which you’ll be able to download on the morning of April 29th. 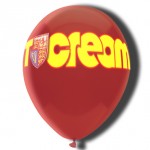 Along the journey, we’re going to be launching what we’re calling TV Cream’s Big Balloon Bonanza (in association with Rumbelows). Find one of the million TVC-branded balloons we’ll be distributing during our meanderings, and you might just get the chance to come along to our TV Cream’s Right Royal Scene Wedding Blimp Party, held hundreds of feet over our capital, namely London. So, watch the skies! And, more prosaically, watch our Twitter account for more updates.

Oh, and if you do spot our commemorative airship up in the skies, do take a snap and send it in to blimp@tvcreamtest.co.uk. The best photos will be published right here on TV Cream!