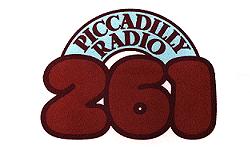 MANCHESTER-based ad-supported service renowned as the first stop on Chris Evans’ rampage through radio; inevitable sacking rumoured to have followed on-air announcement that he “liked cats, lightly grilled on both sides”. Colleagues on various sides of the chronological spectrum included Mark Radcliffe, Timmy Mallett (who claims to have once locked himself out of the studio live on air), Terry Christian, Frank Sidebottom and endlessly-‘launched’ latecomer to the Funny Phone Call party Steve Penk.