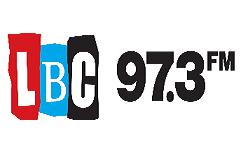 FIRST EVER UK-based commercial station, beating Capital to the air by that all-important couple of months, and offering up a heady mixture of news, news and more news. Light relief (though often only relatively so) provided by nattery likes of Janet Street-Porter, Clive Doig and Jeremy Beadle, the latter with a legendary Sunday night engagement wherein he crossed swords with phoning-in trivia hounds and perpetrated all manner of ambitious hoaxes (including once pretending to be broadcasting on foot, leading to a Police-angering crowd of listeners haring around London attempting to find him, when he was actually in the studio all along). Later scored some additional national attention when Peter Cook took to calling Clive Bull’s show in the guise of stranded Norwegian fisherman Sven, though arguably got its biggest audience ever with a weather bulletin cameoing on Blur’s Parklife LP.