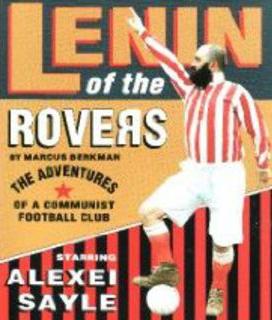 EIGHTIES-as-they-came sitcom featuring Alexei Sayle riffing on that Albanian National Football Team single he did circa OTT as Ricky Lenin, star player of Felchester Rovers, Britain’s only all-communist football team, also staffed by Phil Cornwell and, in one of his last roles, Ballard Berkeley. Parodies of The Sun abounded, as did, more obliquely, characters who spoke entirely in pop lyrics.