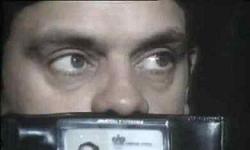 ONE OF the last chapters of David Jason’s pre-fame ‘difficult period’, filling in time before those Del Boy millions came along with a long-running Kenneth Clark/Jacob Bronowski-lampooning sketch show examining the mysteries of the universe and the meaning of life. Amongst those along for the ride were Miriam Margolyes, Sheila Steafel, Chris Emmett, Stephen Moore, David Tate, Jon Glover, Andy Hamilton, Geoffrey Perkins and Jimmy Mulville. Apparently, one of the few non-Frost/OFAH shows he’s happy to see repeated.