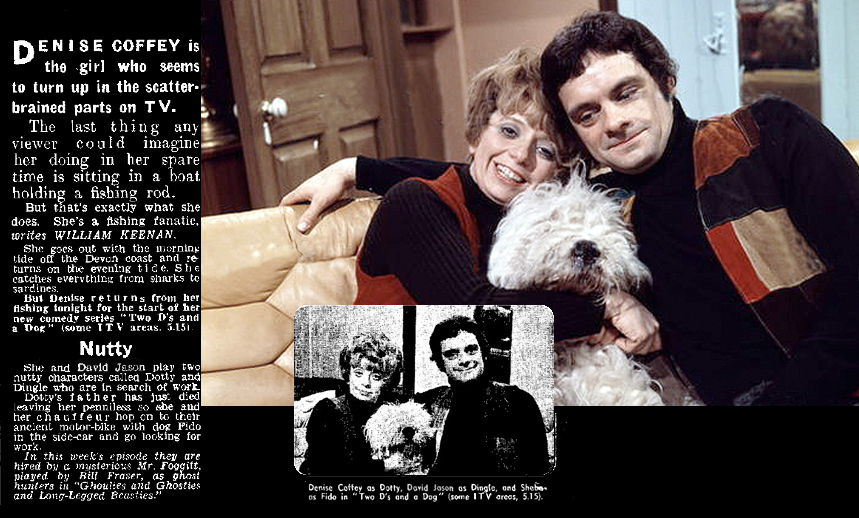 5.20pm TWO D’S AND A DOG, ITV
We think of spin-offs as a modern invention, a consequence of the post-Birt-Producer’s-Choice days of British television when the industry was all about maximising value. But actually spin-offs have been around since the 64,000 Challenge back in 1957.  This curio is an offshoot from Do Not Adjust Your Set. Herein, characters Dotty and Dingle (one played by Denise Coffey and one by David Jason – but who plays who? We just can’t be sure) take jobs as deckchair attendants. The billing tells us that ‘Life is transformed for them when Dingle is “discovered” by seaside comedian Davy Chuckles alias Norman Vaughan. But then the sinister man from W.E.R.S.H. (the international organisation for the perpetuation of evil – roughly translated) appears on the scene.’ Sounds great!

7.00pm GUNSMOKE, ITV
We’re at peak TV Western, we think. Certainly early-1970s’ kids knew as much about spurs and tasselly leathers as today’s youngsters know about the music industry – which is everything. In this episode, two hillbilly brothers ride into Dodge and turn-in their 104-year-old Uncle Finney as a horse thief. 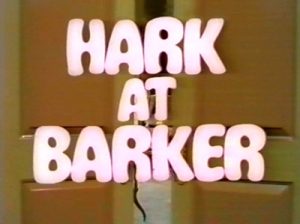 8.30pm HARK AT BARKER, ITV
Dragged to the third channel by David Frost, David Jason fetches up for the second time this evening – this time as Dithers, the gardener of Lord Rustless, who is played by the titular Barker (a term never used by JNT). With the script treading a Wodehousian line, it’s no surprise that early-days LWT was described by its critics as ‘BBC 3’. They didn’t mean that in a good way back then – and they certainly wouldn’t mean it in a good way, if they said it now.