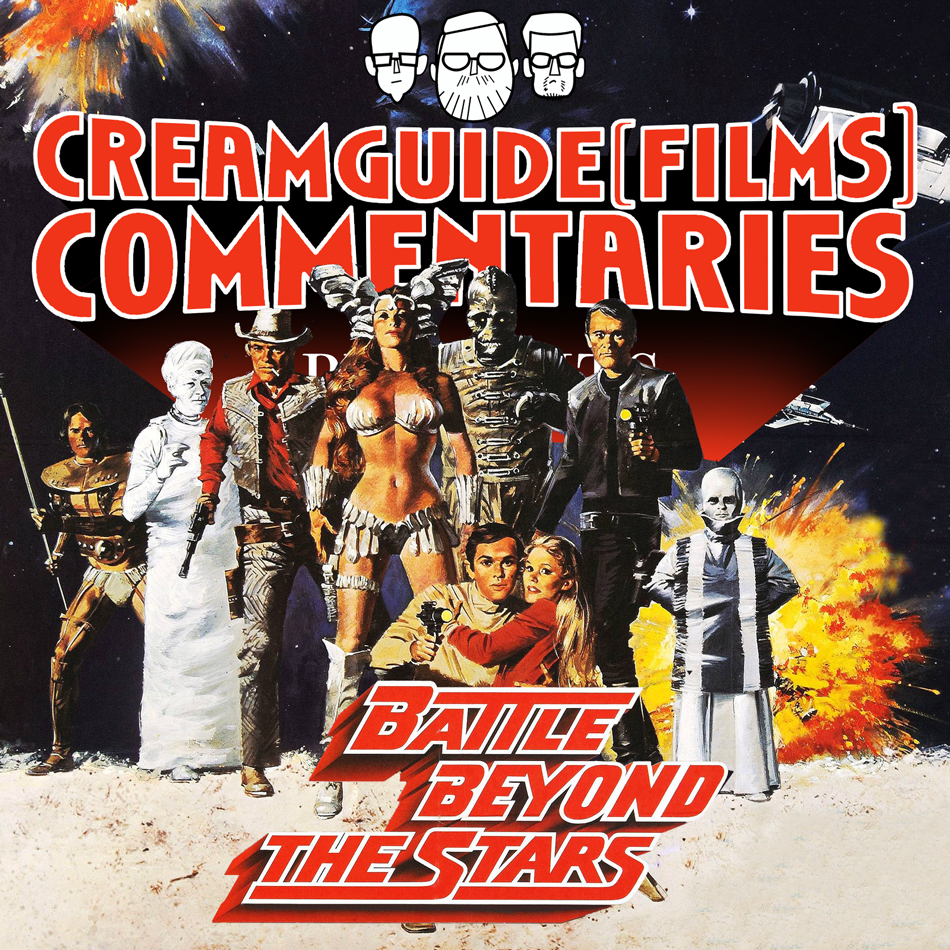 The shadowy cabal of Chris, Craig and Jack are joined by no one, but do welcome a new scriptwriter for Craig’s lines.  In this podcast commentary, learn everything you need to know about what makes a perfect film, and why Battle Beyond the Stars qualifies for that epithet.  Also, even more chat on old shops, including quite specific references to an individual branch of Safeways.  you have been warned. If you don’t want to listen to the commentary using our player (above), then Download this episode (right click and save) (77 MB). Or, to save you all this hassle, just subscribe to our podcast via iTunes.