Worried about heating your home this Christmas? Dig some of the following disgraces out of your attic, douse with a bit of brandy, then WHOOOMPH: a conflagration that’s both physically and sanctimoniously satisfying.

Alternatively, use these covers as an alternative to wrapping paper – on presents for people you dislike deeply. 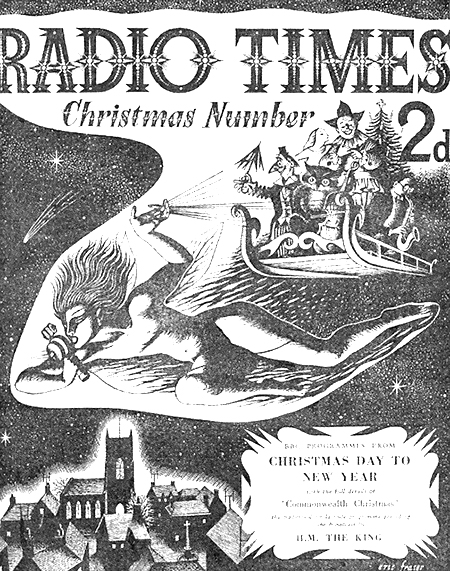 Let’s be charitable and say this was done for a dare. On the other hand, let’s not, and wonder how the hell this grisly confection ever made it past the proofs. As if 1940s Britain hadn’t had enough of terrifying things falling from the skies. 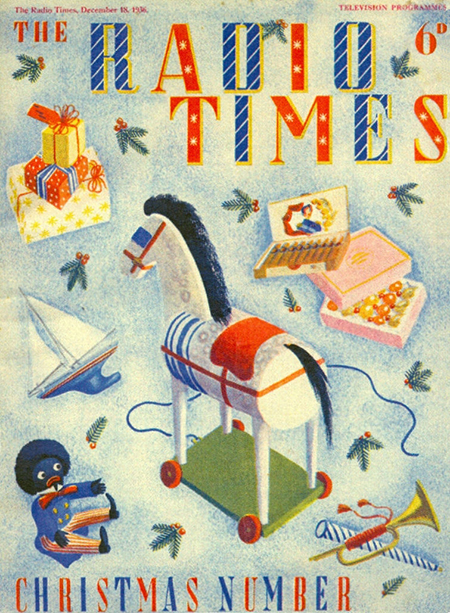 Not merely a gollywog, but a gollywog looking desperately pissed off. The tree’s fallen to pieces as well, while a box of cigars lies ready for a child to begin a lifetime’s addiction to narcotics. Merry fucking Christmas. 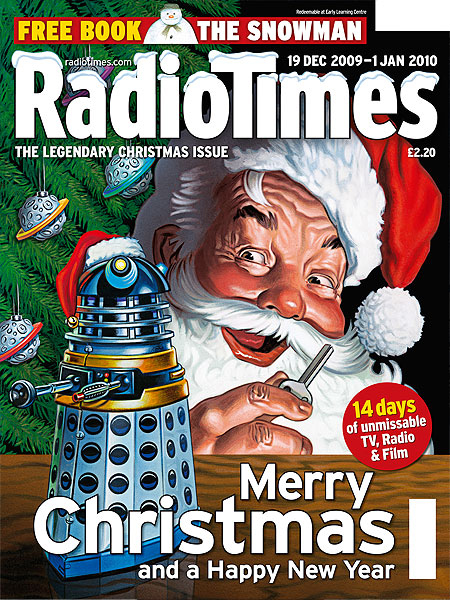 What could be funnier that a Dalek in a Santa hat? Quite possibly everything. But look: the RT Christmas issue has now somehow become LEGENDARY. Who could have known? We prostrate ourselves in front of your biblical self-righteousness, oh mighty tome of insufferable cant. 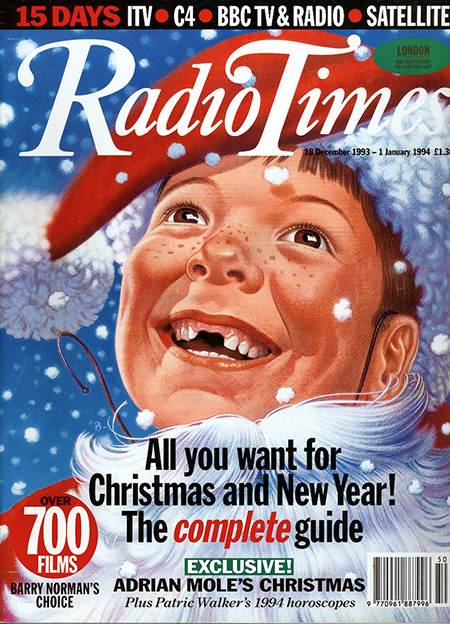 An ugly kid pulls a gormless face, and we’re meant to feel festive? Come back when you’ve grown some teeth, son – not to mention some manners. 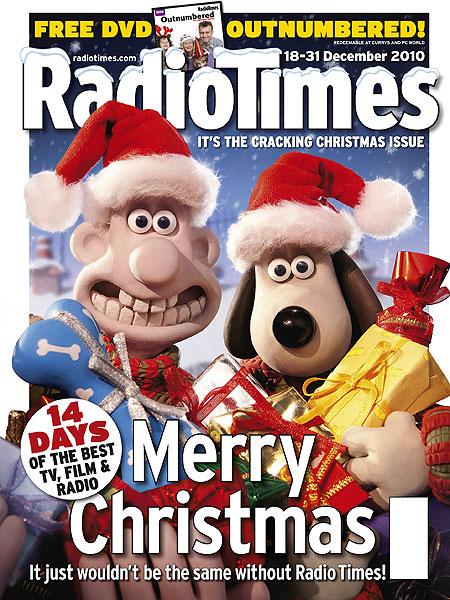 Ah look, Wallace and Gromit are back. Well, yes, in the sense they were on the front of the Christmas Radio Times just 12 months earlier. But no, in the sense of them starring in a brand new adventure that’s the centrepiece of the Christmas schedules. In fact there was no new Wallace and Gromit on TV at all. This was just an idle, lousy reworking of the previous year’s cover. Thank heavens they never tried that again. Oh, wait… 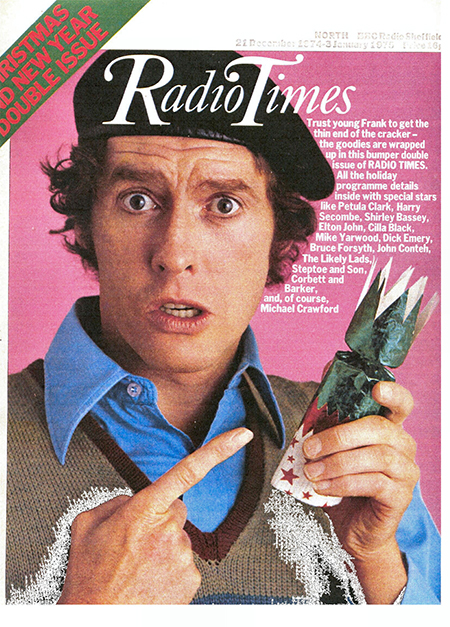 Britain’s unfunniest comedy creation gestures at a tube of tatty shiny paper. To pour piss into the wound, look at that long, long list of names, any one of whom would have been 100 times better as cover star. “I’m a failure!” And so say all of us.