IT’S NOT HARD. You’ve all year to think about it. You’ve been doing it for almost a century. And it’s not like the occasion hasn’t been responsible for inspiring, at the last count, 134,932 carols, songs, films, plays, musicals, myths, costumes, jokes, rituals, foodstuffs, fluids, religious fables and drunks shouting.

And yet the Radio Times Christmas cover is often so poor, so throat-narrowing, colon-clenching, Scrooge-besting poor, you have to wonder just what the magazine has been up to over the past 12 months*.

Anyhow, let’s not dwell on the periodical equivalent of a Brussel sprout dry fart. Let us instead look back to half a dozen festive fancies we’d drop everything to save from the flames of an Advent crown, fireproof tinsel or no fireproof tinsel. Doff your paper hats to the six greatest Radio Times Christmas front covers.

*Aside from not watching TV programmes, of course. 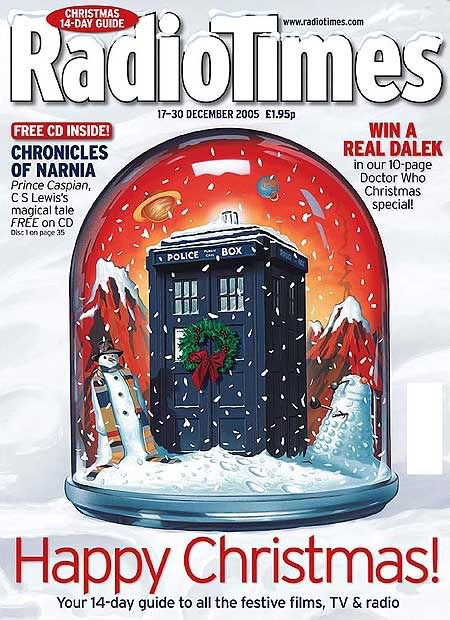 Celebrating Dr Who’s return to Christmas Day after 40 years, the Tardis gets plonked in a globe along with a snowman sporting Tom Baker’s scarf, the inevitable pepperpot, and blobs of space junk looking like baubles. Nobody would’ve expected this 12, even nine months earlier. Sod Narnia; please Mum, can I have a Dalek for Christmas? 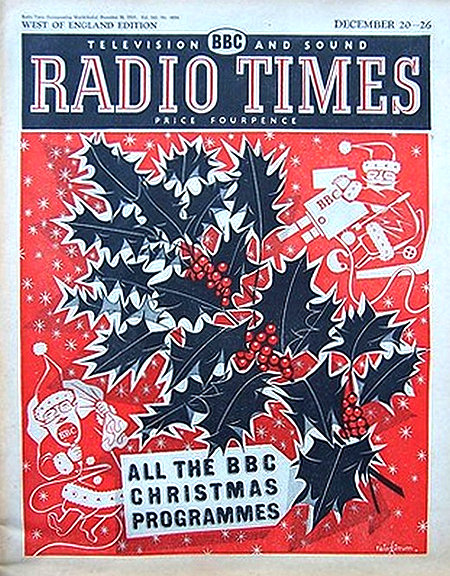 Not for the last time, RT puts a bunch of pricks on the cover. But there’s Claus for thought in the shape of not one but two Saint Nicks, one vaguely resembling Alan Whicker, the other crouched behind a camera thumbing a red nose at the electricians’ union. Why can’t you give Santa the sack? Because he’s already got one. Ho bloody ho. 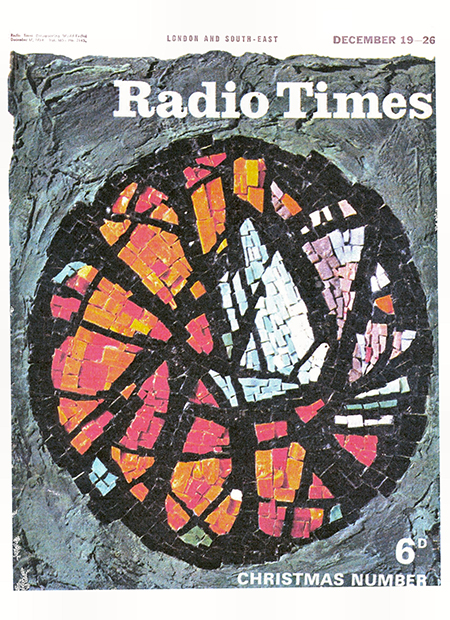 Ponce alert! Radio Times goes a bit way out as it dips a toe into the cold Serpentine of mid-60s abstract art. It could be the British Isles, it could be a dove of peace, it could be what happens when one of your Woolworths baubles falls on the floor. Whatever, it’s rather splendid. 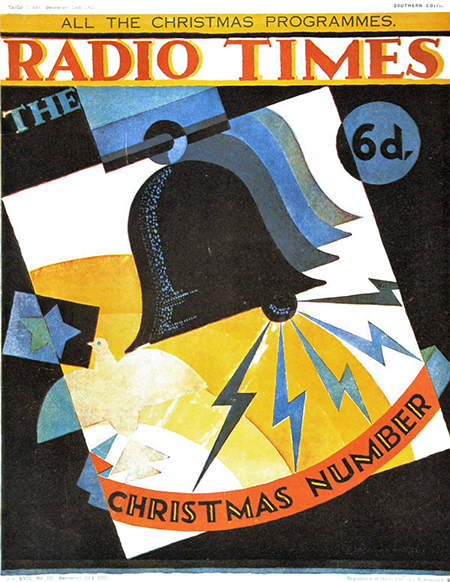 Got your number, ducky. RT goes gay with a swinging toast to the roaring 20s, offering up its own Christmas Reith in the guise of a bell ringing out – huzzah! – radio waves. ALL THE CHRISTMAS PROGRAMMES too, should there be any doubt. 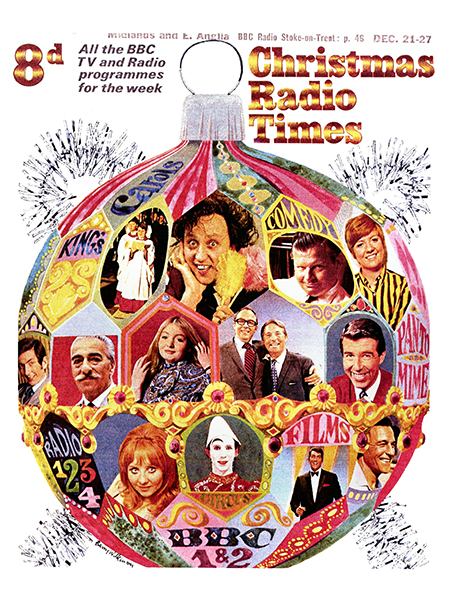 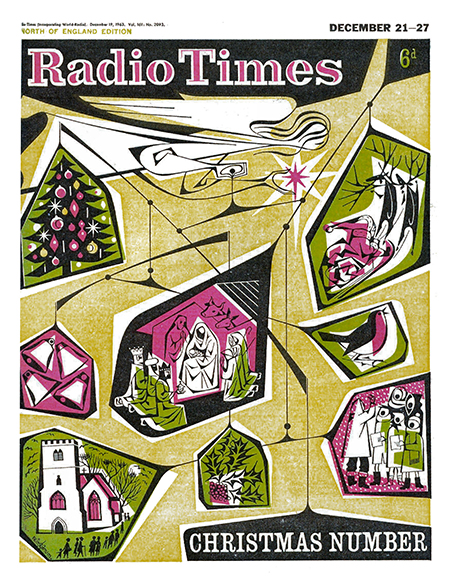 The most imaginative seasonal cover ever – and the most gorgeous. Carol singers with no eyes, a clump of Lowry parishioners trudging to worship, reindeer that look like the Black Rabbit from Watership Down, and an angel with a bouffon. Bold, unique, and utterly baffling: the true spirit of Christmas.