Christmas is not all about Radio Times of course. Because whenever John Craven craned out from a festive Back Page so too did a limpid-eyed Katie Boyle. But while the BBC always decked its schedules with the very merriest fare, that’s never quite been the case on ITV, meaning the Christmas TV Times has, if anything, a more eccentric run of covers than its upstairs rival. 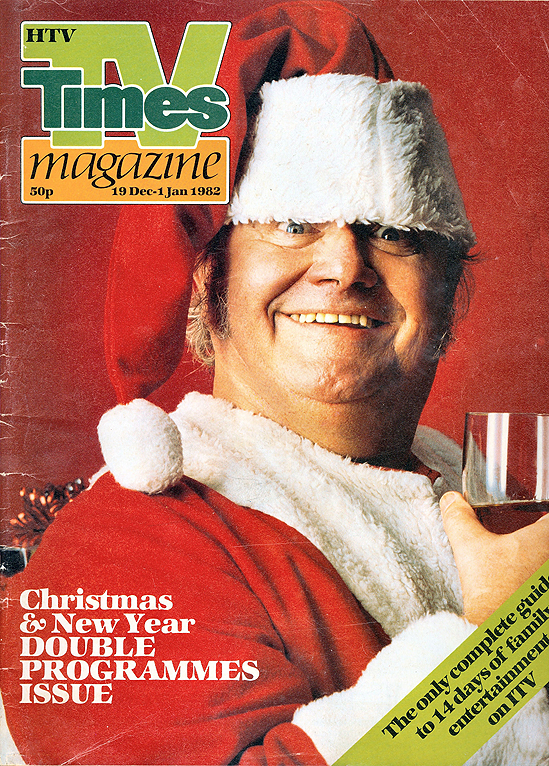 Slap-bang in the ‘so much more than TV times’ magazine era, Harry Secombe, there, firmly on the highway to getting sozzled, in a perfunctory photo-shoot of the ‘let’s just split for lunch’ variety. Sack the art ed who married those red and white hues with a lime flavoured logo. 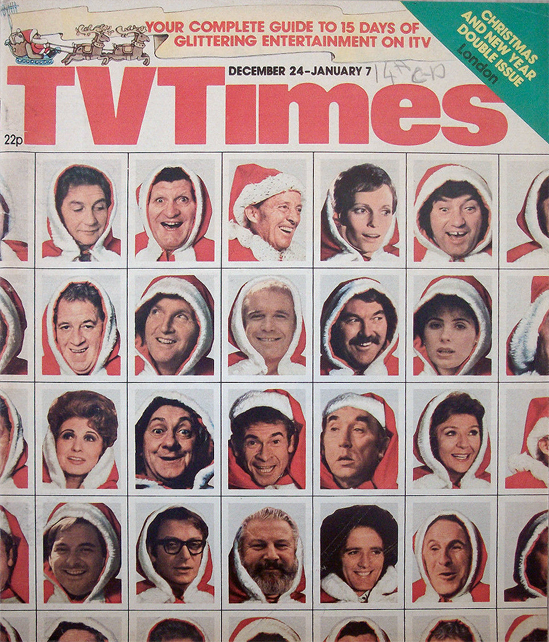 The concept – to bring together the TV Times family of stars in one Christmas super-shoot. The realisation – hastily scissored faces slapped upon stock Santa hoods. Many, not even looking into camera (“Frankie, over ‘ere!”). 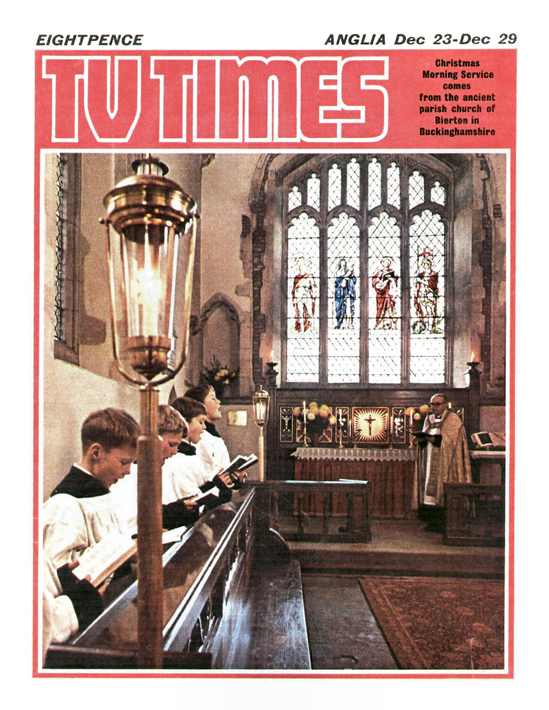 “Christmas Morning service comes  from the ancient parish church of Bierton in Buckinghamshire.” 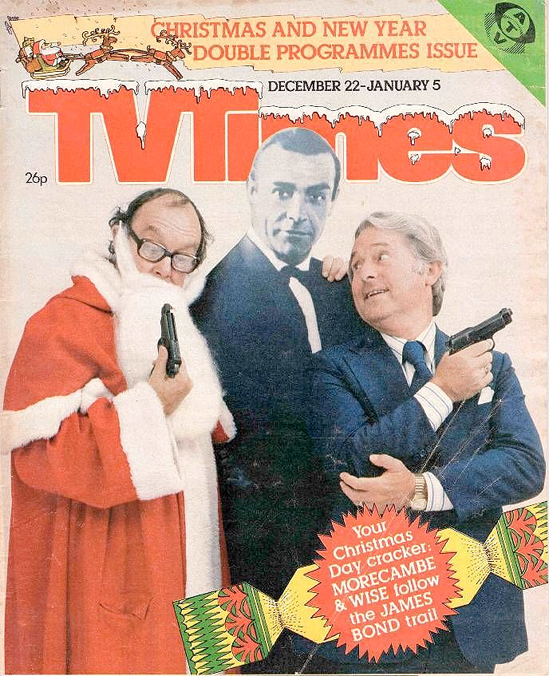 M&W mark their first, desultory, Braben-less, Christmas on Thames with a TVT cover. Again, strong concept (and one they’d revisit with far more success in 1980) but shockingly poor realisation. There’s even a light reflection off the cardboard Connery’s shoulder. And as for Eric seemingly about to blow his own head off… well, perhaps the realisation of all of this was just sinking in. 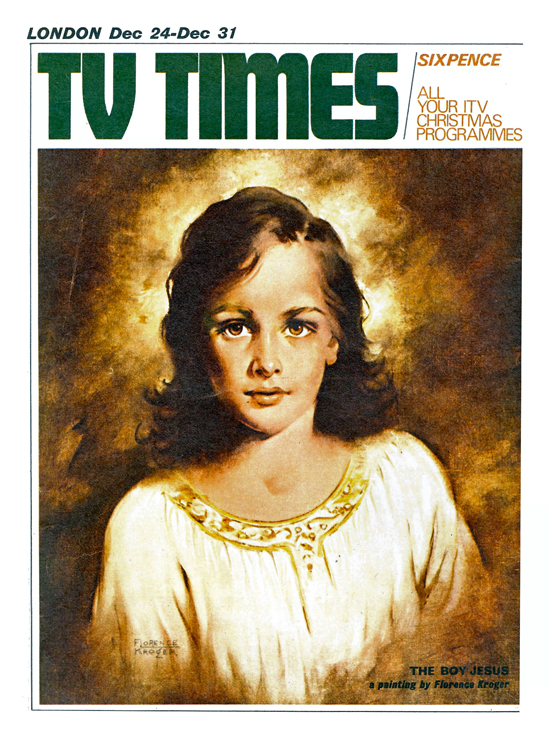 Who’s that? A young Jan Leeming perhaps? “Here’s the news: It’s Christmas!” In fact it’s – as the cover caption tells us – The Boy Jesus by Florence Kroger. Turns out that shit vanity covers by ‘name’ artists aren’t just the province of modern day RT. 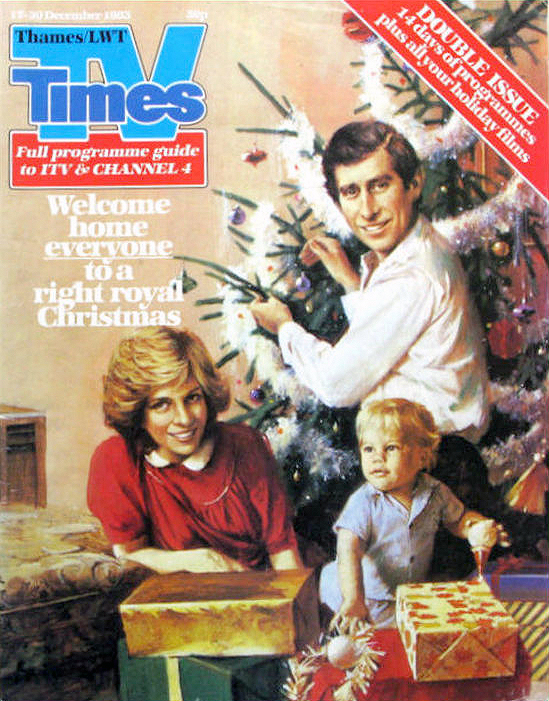 We’re fans of the over-sized heads school of caricature, but, in all charitableness, that’s probably an inadvertent feature of this horrid imagining of a – we’re going to say it too – ‘right royal Christmas’ with Charles, Di and William. What’s that Wills is reaching for? And is Di really leaning on a mattress, adjunct to a Ferguson TV set?

Everything generic, creepy Santa illustration which they’ve run in perpetuity since the mid 1990s.