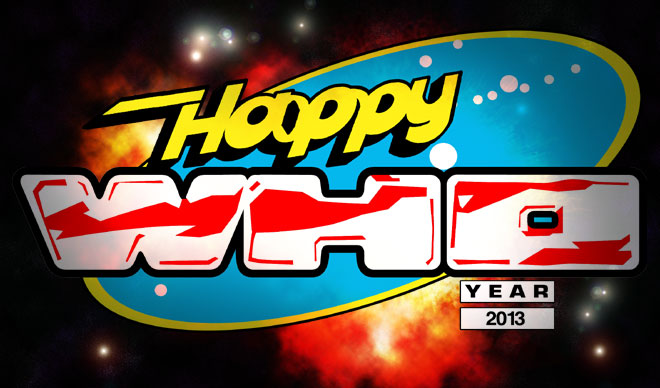 It’s a Happy Who Year to all our readers!

Yes, 2013 promises 12 months even more doused in the good Doctor than usual. That’s because 23 November will be the 50th anniversary of the show’s first-ever episode, which makes it one of the longest non-continuously-running children’s programmes in the world – or any other world!

It looks like being a year packed with Dr Who delights, but aside from all the appeals for lost episodes and talk of the show going “back to basics”/”being bigger and better than ever”/”in great shape for another non-continuous 50 years on the air”, what else might 2013 portend for the programme?

We asked this question of the TV Cream Dr Who Matrix Databank, and this is what it said:

1) The BBC will deny there were ever any plans to mark the anniversary with a live episode.

2) Some fans will claim the anniversary is actually 16 November, as that was when the first episode was originally scheduled for transmission in 1963.

3) There’ll be an unfounded rumble a former Dr Who companion has been questioned as part of Operation Yewtree.

4) The Five Doctors will be re-released as a special four-disc set in a 30th anniversary commemorative holographic Tardis-shaped tin, boasting “all-new extras” including yet another pissed-about-with version of the original story, plus a fan-made mini-drama about the day the Raston Warrior Robot did the electric boogaloo on Top of the Pops.

5) A Dr Who star will take part in Strictly Come Dancing*.

6) A Dr Who star will take over from Brucie on Strictly Come Dancing**.

7) Peter Davidson will appear live on The One Show to talk about the anniversary celebrations, but there will be controversy when he describes some of his episodes as “frankly, horseshit”.

8) Some fans will launch a campaign for the Duke and Duchess of Cambridge’s new baby to be called Verity.

9) One Direction will record a Dr Who tribute called I Wanna Be Dr Who (Take You Round The Galaxy Tonight), but contractual complications will mean the promotional video features the boys wearing non-specific “fantasy” costumes while being chased by “Moon monsters”.

10) Tom Baker will have fuck all to do with anything.

11) John Whaite, the winner of the 2012 series of the Great British Bake Off, will appear in the special anniversary episode as himself, presenting Dr Who with a birthday cake.

12) New BBC Director-General Tony Hall will admit he “doesn’t watch the show” but “hopes Dr Who will continue travelling in time and space for another 50 years”.

13) The anniversary episode won’t be broadcast on 23 November due to last-minute scheduling issues. 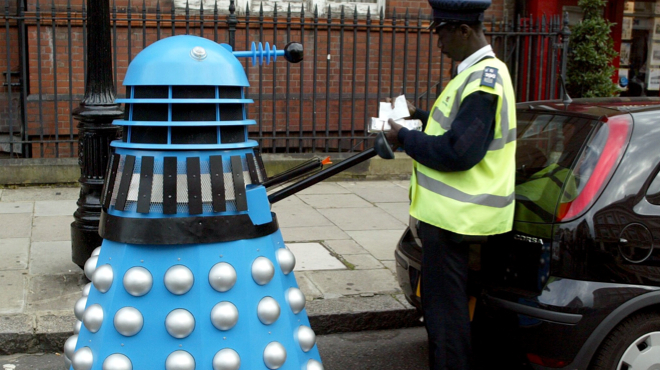 Related Items:"We've only done The HitchHiker's Guide To The Galaxy forty seven times already - time for a fresh look at it?", A big spinny triangular thing in space that's never adequately enough explained for our liking, Alienoids in the Home Counties, Dr Who Colin Baker, Dr Who Peter Davidson, Dr Who Richard Hurndall, Dr Who Sylvester McCoy, Dr Who Tom Baker, Ladies and gentlemen and cheapo bits of back projection floating in space, Testicle-shaped talking aliens, The head of the army's killing aliens division, The Radio Times promising "It gets better - honest"
Share
Tweet
Share
Share
Email