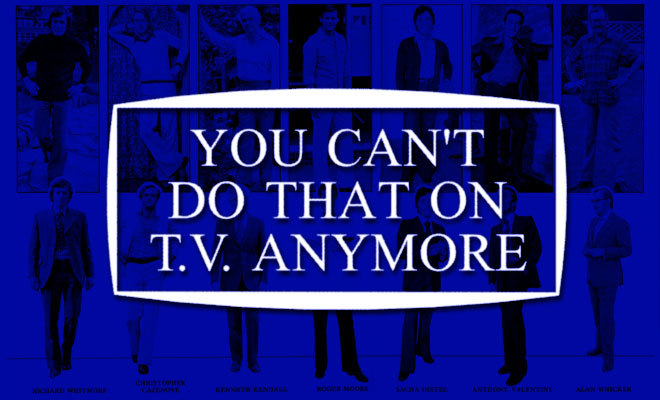 Long overdue from us, some unprompted pimping of a smashing new blog, You Can’t Do That On TV Anymore by TV Cream’s founding father Phil Norman.

He’s just published a piece from TV Times about The Best Dressed Man on ITV in 1974 (two newsreaders in the running, who knew?) but previous delights include a tribute to Bob Block (we should’ve done that), BBC Bristol’s failed attempt at an occult magazine show and a salute to Clive James (another one we should have done).