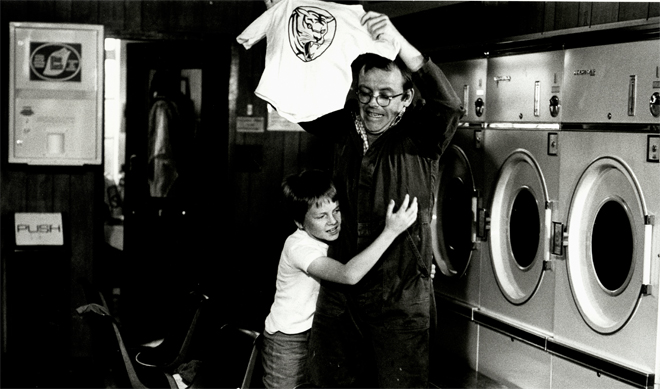 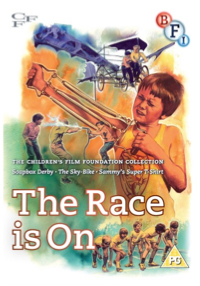 TV Cream has joined forces again with its pals at the BFI to present another smashing giveaway!

To mark the release of DVD The Children’s Film Foundation Collection: The Race is On on 18 February (which compiles 1957’s Soapbox Derby, starring a fresh-faced Michael Crawford, 1967’s The Sky-Bike and – yes! – 1978’s Sammy’s Super T-Shirt), we’ve arranged a prize pack comprising the  DVD and, holy cow, a limited edition replica of Sammy’s lucky tiger t-shirt to be made available to three lucky TV Cream readers!

All you have to do is answer this question:

What’s the name of the ’70s and ’80s film-based quiz show for kids that often featured CFF footage in its observation round?