Here’s something from TV Cream’s very own archive: a fantasy breakfast television schedule self-typed by one of us at the age of seven-and-a-half, in December 1983.

It’s from what looks like an attempt to produce our own listings magazine, though the extract below is the only page to have been properly typed.

The rest is scrawled on bits of computer paper, stuck together with what was once reliably adhesive sellotape, but which is now flaking and yellow and redundant. A bit like breakfast television itself, really.

There is, we feel, much to praise in this line-up, in particular the feature at 7.20am. Johnny Ball’s skills as a TV reviewer were obviously just waiting to be tapped, while Russell Grant is bravely deployed not once but twice. It’s doubtful whether the Beeb’s 6th floor suits would have approved of 40 minutes of brand-new drama during the peak hour of 8-9am, but then with the likes of Tommy Boyd and Musical Youth popping up elsewhere, this is a schedule very much orientated towards that elusive, much-sought-after youth demographic.

Some things, however, were sacrosanct: yes, that is an attempt to draw the Breakfast Time logo in the left hand corner of the page. 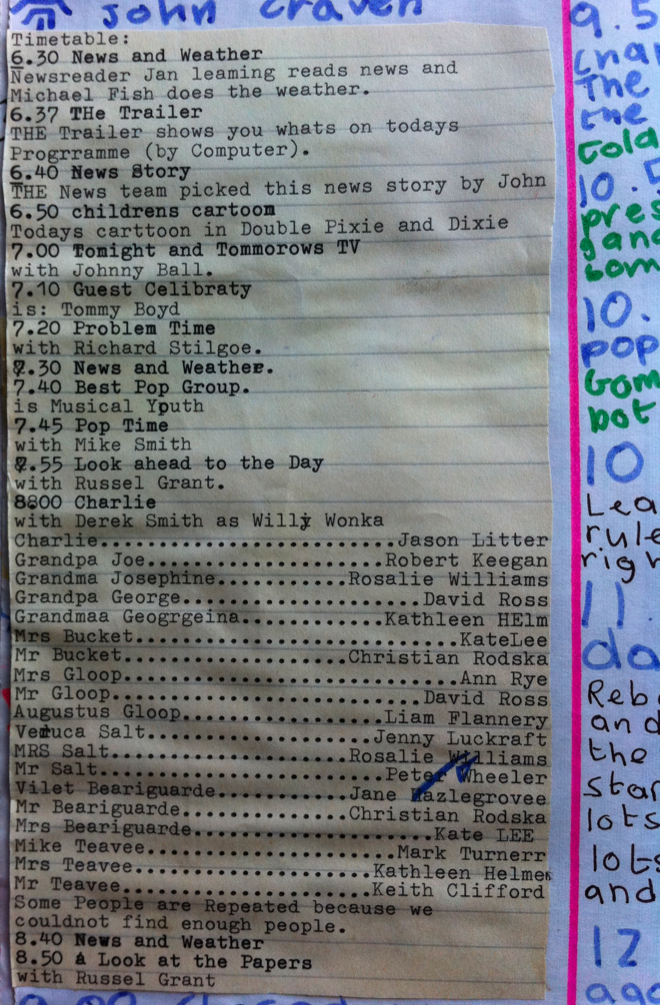