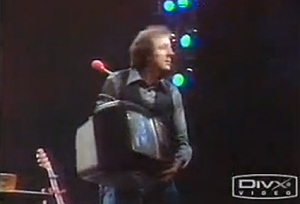 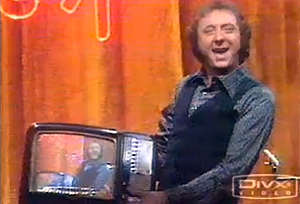 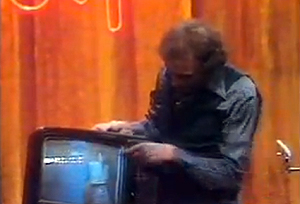 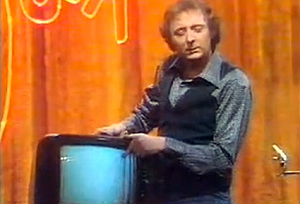 It’s a slight exaggeration to say that before alternative comedy arrived the only comedy was relentless racist and sexist gags from a bunch of middle-aged fat blokes, but certainly Jasper Carrott seemed a breath of fresh air when he first arrived on our screens. Instead of just rattling off some old chestnuts that any comedian could have done (and famously they did all do the same jokes), Carrott mined laughs from the inherent silliness of real life. Carrott broke down barriers between the comedian and the audience, swapping the three- piece suit for casual dress and working to the audience rather than straight to the camera, as had been the style at the time. All artifice was removed and that was one of the reasons why he loved working live, with all the cock-ups and awkward pauses left in – whether that was in a club or on TV. He would exploit this to great effect on the Beeb during two series of Carrott’s Lib, where he once broke the Official Secrets Act on air, but the best example of this came in his early days on ITV. Assuming the cynical audience would presume this so-called live show was safely on tape, he promptly got out a television set to prove he was broadcasting live and illustrate what you could be watching instead, spoiling the plot of BBC1’s film while he was at it to keep you glued to his show. A great comic concept, this was particularly thrilling in the days when “the other side” was unmentionable and the rival channels didn’t meet in the same listings magazine. It proved that Jasper was happy to take the piss out of anything and everything and confirmed him as a TV star who was firmly on the side of the viewers.