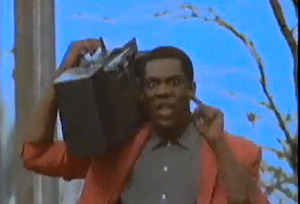 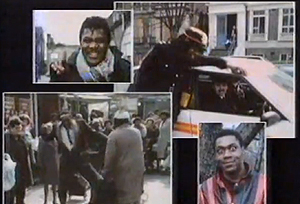 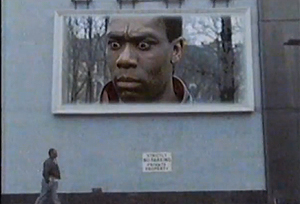 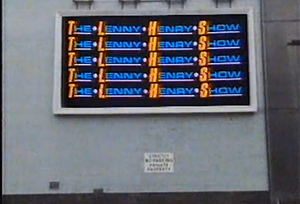 The one Tiswas regular not to appear on the above, of course, Lenny Henry is such a likeable performer that in recent years there was almost a sense of personal disappointment when he did another rather mediocre comedy show. Thirty years ago, though he was hugely popular, giving over the persona of a cheery chap from Dudley who couldn’t believe his luck he was being allowed to mess around on the telly, with his infectious enthusiasm on Tiswas and Three Of A Kind making him a real star. What’s also important is how he was one of the first black performers to really make it in the mainstream, and his first solo show in 1984 can be seen of pivotal importance in bringing black culture in front of a wider audience than ever before. Never is this better emphasised than in the moment we’re specifically highlighting here – its opening titles and its absolutely brilliant theme tune. There were a couple of variations on the lyrics – everyone remembers series two’s “It’s not a repeat”, even when it was – but the fact a primetime BBC1 comedy show actually had rapping in its theme tune was such a leap forward. It’s the close harmony “Lenny Lenny Lenny”s that really sell it, though, and get lodged in your head for ages. The titles themselves are great too, with their whizzy visual effects, and there are plenty of shots of Len taking himself and his characters onto the streets and being met with huge enthusiasm from the general public, such was his warmth as a performer. He was still massively popular with the kids who grew up with him on Tiswas – and he picked topical targets, most famously in his Thriller parody – but he was firmly in the mainstream and even now we doubt there’s been a series that has such genuine all-age, multi-racial appeal. Sadly Len’s later work got consistently less amusing, with his later shows coming across as a bit old hat, and never managing to find the right vehicle for his larger-than-life personality. But this original series was brilliant and that fantastic opening sequence remains the catchiest, most exciting way to open a TV show. Ooh, we’re halfway through the list!