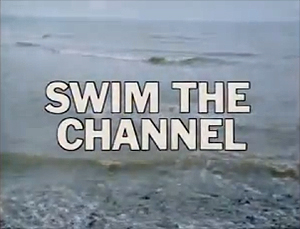 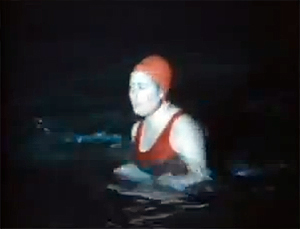 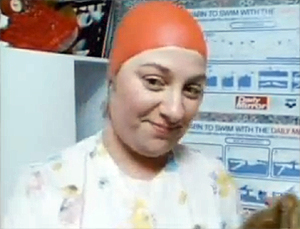 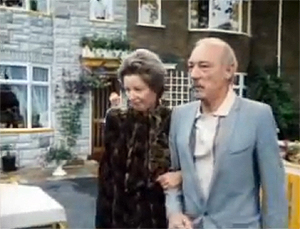 “Dark” comedy was something that seemed to be invented at some point in the last decade, with the likes of Julia Davis and Ricky Gervais aiming to unsettle as much as amuse, but back in the eighties Victoria Wood was doing all that in the middle of primetime, and few comedy sketches have been both as hilarious and as sad as Chrissie’s attempt to swim the channel, as seen on TV on, er, As Seen On TV. In fact the sketch is also years ahead of its time in the way it sends up the conventions of the television documentary and its various artifices (we love the way her parents really awkwardly walk out of the front gate, clearly the last of several hundred takes). The forced banter and Chrissie’s bedroom (with its “Learn To Swim With The Daily Mirror” posters) are both absolutely perfect. The concept of an ambitious but deluded character ineptly aiming to complete an impossible feat is something that Wood portrayed quite frequently over the years but she did it so well, imbuing her characters with such warmth that you really feel for Chrissie even though she’s on screen for less than five minutes. This does mean that the whole thing is really quite bittersweet and at the end of it you feel quite melancholy, but there are loads of brilliant jokes in it before you get there – like the fact she constantly wears the swimming cap and her parents can’t remember how many children they have, which reminds us that it’s just a bit of daftness that isn’t supposed to be taken seriously. A lesser comedian would have expanded this over several minutes for several weeks, and hammered home the pathetic-ness of the participants, but Victoria Wood isn’t like other comedians.