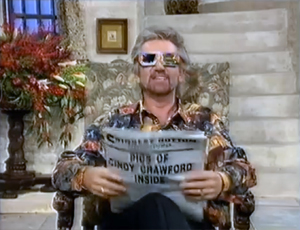 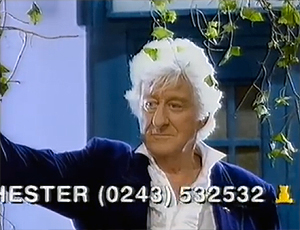 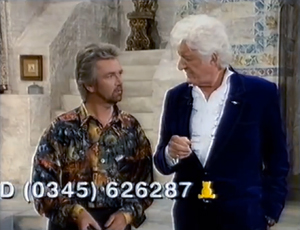 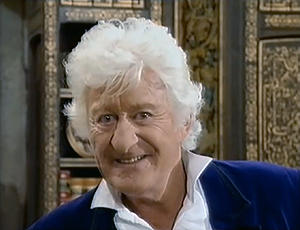 What force for good could bring the Doctor back to TV on his 30th anniversary? In this instance… It’s Noel! We could have picked a zillion moments from Doctor Who (from “Has your wife come back from her sister’s yet?” to “If I may be ‘sh-eated?”), but we’re not being altogether obtuse in selecting this one – Jon P’twee’s appearance on Noel’s House Party, to promote episode one of the E20-set mini- story for Children In Need, ‘Dimensions in Time’. Four years since Doctor Who had been axed by the BBC Time Lords, there was something nourishing about the audience’s ecstatic reaction to finding a satin-clad P’twee at the door to Crinkley Bottom. Doctor Three is never more debonair than here, stroking his chin, and reacting tartly to Edmonds, who’s doing his full on ‘wally’ shtick. There are some nice of-their-tim e lines too. “I am the Doctor,” says Jon. “Oh, I don’t watch GMTV”, says Noel. And a lovely, rasping aside into camera from the glittering lightbulb – “I heard he was thick, but I thought they were talking about his waist!” Comedy patter done, it’s then into an intro proper for the episode. “Yes I’m in it,” you know. “With all the other Doctors and a lot of my wonderful companions”. PS We voted for Big Ron.