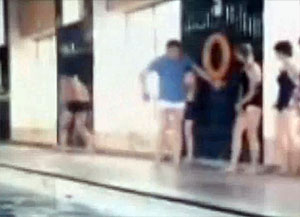 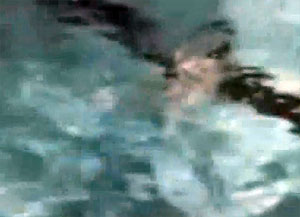 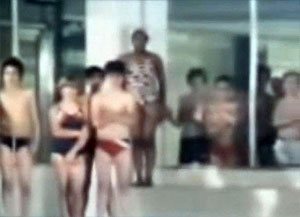 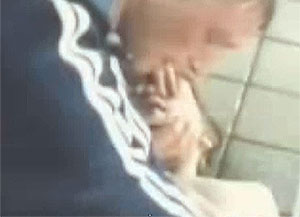 Just pipping the death of Danny Kendall, we’re nominating this as the most memorable Grange Hill moment of all time. In fact it could have been even more memorable because the original plan was to kill off a rather longer established Grange Hill character in Jonah, but somewhere along the line they appear to have chickened out of that idea and offed his cousin Jeremy Irvine instead only a few episodes after his debut. It’s a bit less exciting if a character you’ve only just seen is bumped off though they do their best to engage the audience by having Irvine act like a massive arse throughout, infuriating viewers with his awful antics. Alright, so this means his death comes across as a relief more than anything, but the way it appears on screen is still pretty spectacular. Virtually dialogue-free, the last few minutes of this episode are a mong the most accurate portrayals of the confusion and panic you’d doubtless feel in that situation ever seen on screen – no clever lines or anything, just a load of screaming, shouting and running around, followed by an eerie and unpleasant silence.It’s also a great example of what we lost with the ending of the old film/video transition on TV, the grotty quality of the film adding an extra layer of unpleasantness to the whole thing. Controversy raged after the episode was first shown, viewers complaining it was too scary and unpleasant for teatime viewing, but it hit the audience around the head hard and was never to be forgotten.